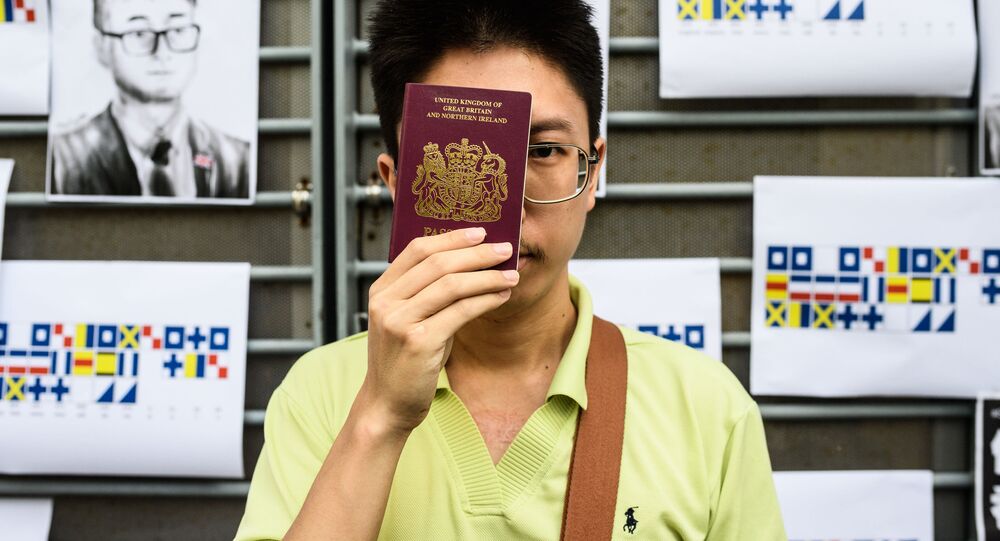 Dominic Raab lashed out at China over its Hong Kong-related national security legislation which the UK Foreign Minister said is out of sync with Beijing’s international obligations.

The BNO passport, which is a travel document that does not carry citizenship rights with it, was issued by the UK to people in Hong Kong before it was handed over to China.

Speaking to British lawmakers on Tuesday, Raab also cautioned that "the ball is in the court of the government in China" when it comes to Hong Kong-related national security laws and that Beijing "has a choice to make here".

"It [China] can cross the Rubicon and violate the autonomy and the rights of the people of Hong Kong or it can step back, understand the widespread concern of the international community and live up to its responsibilities as a leading member" of this community, Raab pointed out.

Raab warned China against violating its international commitments pertaining to the "one country, two systems" principle agreement on Hong Kong.

"To be very clear and specific about this, the imposition of national security legislation on Hong Kong by the government in Beijing rather than through Hong Kong's own institutions lies in direct conflict with Article 23 of China's own basic law", Raab said.

He urged Beijing to "step back from the brink and respect Hong Kong's autonomy", pledging that if China enacts "this national security law", the UK "will consider what further response we make, working with those international partners and others".

At the same time, he made it clear that London doesn't "seek to prevent China's rise", adding, "we welcome China as a leading member of the international community and we look to engage with China on everything from trade to climate change".

The remarks come after the UK government announced late last week that they are mulling giving more rights to BNO holders, adding that if China enforces the national security law on Hong Kong, they could get a "path to citizenship".

This followed the Chinese government's formal approval of a plan to introduce the national security legislation in Hong Kong, a document which is expected to come into force in late June.

In a separate development, US Secretary of State Mike Pompeo claimed last week that the Hong Kong security law undermines the administrative region's autonomy from China. The Office of the Chinese Foreign Ministry's Commissioner in Hong Kong responded by warning that Beijing would take "strong countermeasures" if Washington continues to intervene in China’s internal affairs.