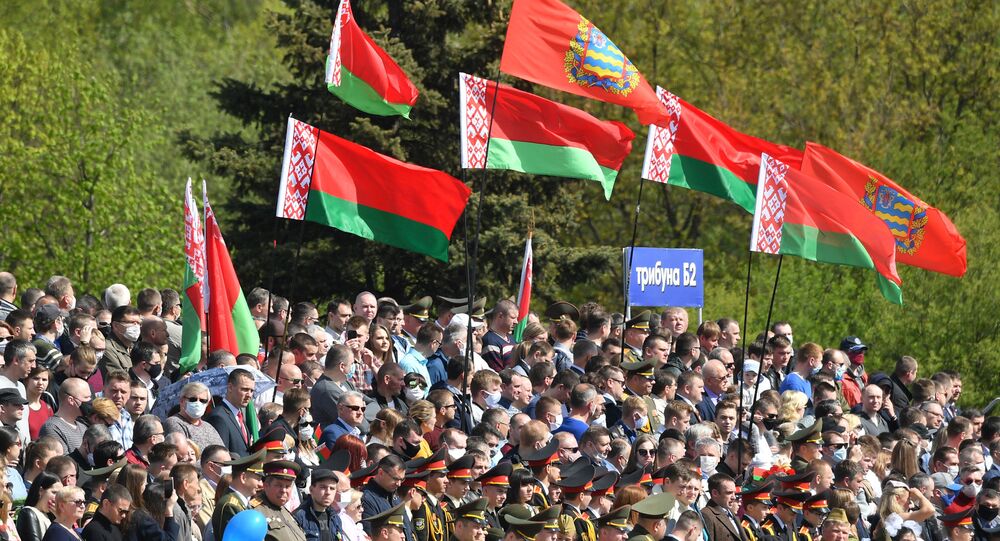 Western media and opposition activists predicted a massive spike in coronavirus infections in Belarus earlier this month after thousands of soldiers and spectators gathered in Minsk to mark the 75th anniversary of the end of World War II in Europe. Instead, the number of cases has stabilized, and fatality rates remain incredibly low.

Nearly three weeks after Victory Day on May 9, and more than a month after Orthodox Easter celebrations and Belarus’s annual large-scale ‘community labour’ day events on April 19 and 25, the republic’s sanitary inspection agency is predicting a gradual decline in the number of new COVID-19 cases after reaching a plateau.

Belarus has become somewhat of an oddity over its decision to defy the European consensus of instituting lockdowns to try to curb the spread of the coronavirus, joined only by Sweden in refusing to implement strict restrictions. In Belarus, factories and farms, schools, shops, restaurants and other public amenities have remained open all this time, and authorities have urged (but not forced) the public to take individual precautionary measures such as social distancing and the wearing of medical masks in public places.

Western observers have scolded Minsk over its decision not to cancel mass events, warning that the festivities would soon cause an inevitable massive spike in infection rates.

Surreal video from #Belarus, where the annual WW2 victory parade has gone ahead despite the pandemic. Thousands of troops packed together, watched by spectators. Lukashenko on stage with officials. Not a mask in sight.
“We had no other choice,” he told the crowd. pic.twitter.com/1KYOBidxdx

Weeks later, however, data released by the country’s epidemiological authorities has shown that infection rates remain steady, failing to top 1,000 new cases on any day since April 19, when large-scale testing began.

As of Friday, Belarus has carried out over 512,000 COVID-19 tests, equivalent to roughly 5.3 percent of its population of 9.4 million, with total cases topping 40,700, or about 0.4 percent of the population, and 224 people succumbing to coronavirus-related complications.

16 days ago, #Belarus 🇧🇾 held a large military parade in #Minsk to mark the end of WW2.

Setting aside the furore about whether this was the right decision or not, it’s positive to see that the event did not result in a spike of new cases. #COVID19 pic.twitter.com/QxMpsjirsv

If these figures are correct, this means that despite the lack of lockdowns, Belarus’s infection rates are roughly comparable to those of nations which have instituted tough restrictive measures, including Spain, Belgium, the United States, Italy, and the United Kingdom.

In terms of COVID-19 mortality, Belarus boasts some of the lowest figures in the world among nations with large-scale infection rates. From 49 countries where 10,000 or more people have been confirmed infected, Belarus ranks 45th, behind only countries like Kuwait, Qatar, and Singapore, small nations with warm climates, in terms of deaths per capita. At the same time, Belarus has fewer reported deaths than South Korea and Denmark, where 3.5 times fewer people have been infected, as well as Israel and Japan, which have reported 2.3 times fewer cases.

Critics have questioned Belarus’s methodology, accusing Minsk of covering up or otherwise manipulating its statistics, or resorting to the tired cliches about the country’s status as “the last dictatorship in Europe.”

Belarus is strongly autocratic, led by the dictator Alexander Lukashenko for two and a half decades. You would be wise to take any data that reflects his controversial coronavirus policies with a very large truckload of salt.

However, covering up large numbers of dead people is impossible, not only because it is an automatic felony that would lead to lawsuits from families, but because doing so would have immense political consequences, particularly in Belarus, where presidential elections are set to take place in August.

So what accounts for Belarus’s low coronavirus mortality? For starters, it may have to do with the country’s decision many years ago to not dismantle its Soviet-era medical system, including a specialized structure of epidemiological defence.

In March, Natalya Zhukova, the Belarusian Ministry of Health’s Chief Sanitary Doctor, explained to reporters that Belarus’s district, regional or city-level hospitals are staffed with doctors specializing in epidemiology, while larger regional and republican-level health centers contain an entirely separate unit known as the ‘department of especially dangerous infections’. For decades, doctors in this department have been dealing with the organization of preventative measures in the event of an infectious diseases-related emergency.

“These are small units which are maintained on constant standby,” Zhukova explained at the time.

Sputnik
Medical worker in Minsk tests woman who contacted a COVID-19 positive person for coronavirus. May 25, 2020.

This week, Minsk announced that the coronavirus infection situation in Belarus had stabilized, and that part of the capital’s hospital network that was previously committed specifically to fighting the virus was no longer needed and would resume operating as normal.

Sputnik
Woman leaves specialized infectious diseases hospital in Minsk where many COVID-19 patients have been treated since the start of the outbreak.

When all is said and done, Belarus's unique approach to handling the pandemic seems to demonstrate that more than anything, nations' coronavirus mortality rates depend not as much on lockdown measures as they do on the effective functioning of medical systems.

Earlier this month, President Lukashenko warned ministers that he would hold them personally responsible for any spikes in mortality, since, while the numbers of infections will sooner or later be forgotten, "the people who've died, but whom we could have saved but did not save will be remembered." So far, it seems the authorities have managed to make good on their commitments.