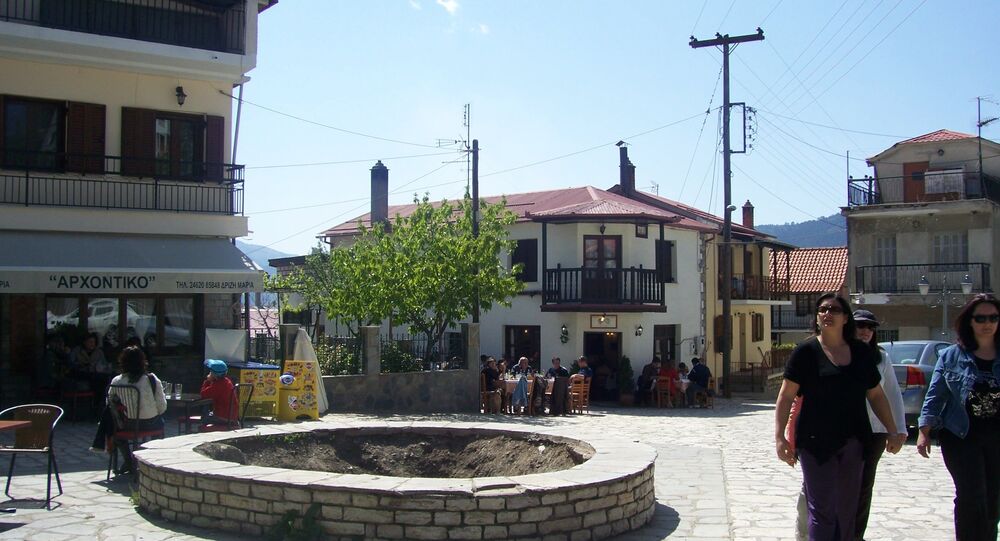 MOSCOW (Sputnik) - The mayor of the northern Greek town of Grevena has said that he will no longer accept any more transfers of migrants and asylum seekers from camps on the Aegean islands.

“We won’t accept a single extra refugee,” Dastamanis said on Thursday evening at a press conference, as quoted by the Kathimerini newspaper.

According to the mayor, Western Macedonia has accepted the largest number of migrants and other regions in Greece should be the destination for any future transfers.

“Despite the government's explicit assurances that no more refugees will come to the Municipality of Grevena as the competent ministry had acknowledged that our region is already carrying the heaviest weight in the region of Western Macedonia, we are eventually surprised by press reports and unofficial sources that other migrants are expected,” Dastamanis said, as quoted by the newspaper.

The deputy regional governor of the Grevena municipality Yiannis Yiatsios added that the area is housing a disproportionate number of migrants, which is placing a heavy burden on the region, the newspaper reported.

The Greek government has conducted multiple transfers of migrants from overcrowded camps on the island of Lesbos to the mainland over recent months. However, the mayor of Grevena, in Western Macedonia region, Yiorgos Dastamanis said that his municipality will not house any more migrants or asylum seekers.

© REUTERS / Marko Djurica
Turkey Could Make Coronavirus-Positive Migrants Cross Into Greece - Reports
In early May, the Greek government authorised the transfer of nearly 400 migrants from the Moria camp on the island of Lesbos to the mainland to ease overcrowding. According to humanitarian organizations, more than 19,000 people are crammed into the camp on the Aegean island.

More than a million migrants and asylum seekers have crossed into Greece by land or sea since 2014, according to the UN Refugee Agency. This includes nearly 10,000 people who have arrived in Greece so far this year.