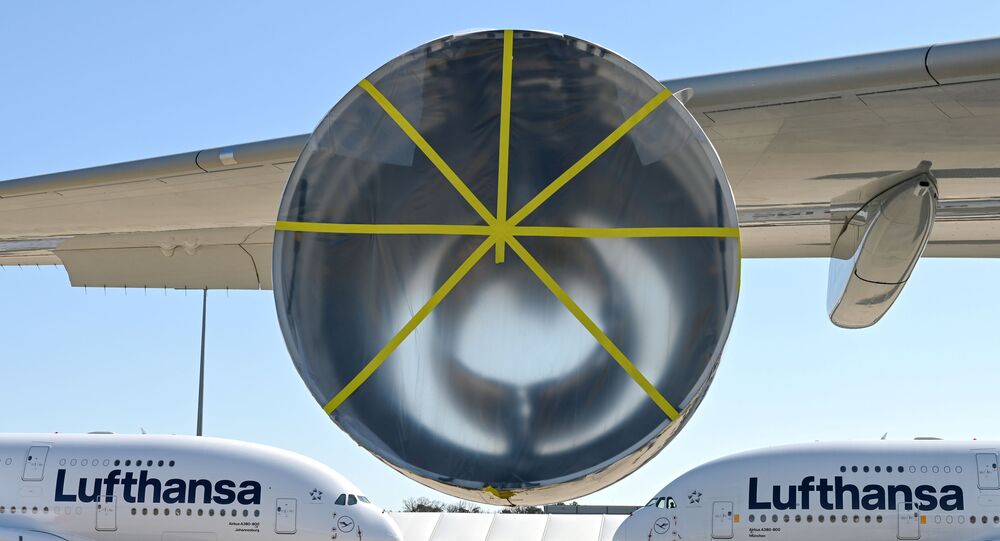 Earlier, Ryanair announced that it intends to challenge in court the "illegal" state rescue package for Lufthansa airline, after it had preliminarily secured a $9.8 billion bailout deal with the German government to help it rebound from the COVID-19 pandemic-related slump.

Lufthansa, the largest airline in Germany and the second-largest in Europe in terms of passengers carried, announced on Wednesday that it is "unable to approve" a €9 billion ($9.9 billion) German state bailout package over concerns that the conditions imposed by the European Union over accepting the fiscal lifeline would be too stringent, reports DW.

According to a statement by the company, "conditions currently indicated by the EU Commission ... would lead to a weakening of the hub function at Lufthansa's home airports in Frankfurt and Munich" and must be "analysed intensively".

"Against this background, the Supervisory Board was unable to approve the stabilisation package in connection with the EU conditions."

With most of its flights grounded, the German national carrier, like many others around the world, has been losing huge amounts of cash due to travel restrictions and lockdowns imposed globally in an effort to contain the spread of the COVID-19 pandemic. Currently, the company is estimated to be losing around €1 million euros every hour, according to DW.

On Monday, after weeks of negotiations, the German government and Lufthansa had struck a deal on state aid, including secured loans, with Berlin expected to buy a 20 percent stake in the company which it intends to sell in 2023.

The deal stipulates a waiver of future dividend payments and a cap on management pay, with government officials allowed to occupy two positions on the Supervisory Board of the company.

The government aid package would have to be cleared by EU competition regulators first, to rule out adverse fallout for fair competition in the European aviation sector.

EU member states are generally prohibited from providing financial aid to their national companies in line with the bloc’s regulations, as this is considered potentially detrimental to fair competition in the single market, yet current pandemic-related issues have encouraged regulators in Brussels to allow for “looser” regulations.

In the wake of news that the German government intended to prop up struggling Lufthansa, Ireland-based budget carrier Ryanair said on Tuesday it would contest the fiscal rescue deal, claiming it would make it harder for other carriers to compete in short-haul markets to and from Germany.

Ryanair intends to challenge the "illegal" state rescue deal for Lufthansa in court, said the carrier's Chief Executive Michael O'Leary, as it will allow the German airline to "engage in below-cost selling".

"Ryanair will appeal against this latest example of illegal state aid to Lufthansa, which will massively distort competition", O'Leary said.

Travel restrictions imposed to combat the spread of the coronavirus outbreak have forced Lufthansa to ground 95 per cent of its fleet and close its Germanwings budget subsidiary.

In an attempt to rebound from the coronavirus-triggered slump, on 24 May Lufthansa confirmed plans to resume flights to 20 destinations in mid-June, including vacation hotspots such as Mallorca, Crete, Rhodes, Faro, Venice, Ibiza and Malaga.

© AP Photo / Michael Probst
Aircrafts of German Lufthansa airline are parked at the airport in Frankfurt, Germany, Monday, May 4, 2020

According to a Lufthansa spokeswoman, further destinations would be announced at the end of the month.

All flights would be scheduled to depart from the German airline's main hub in Frankfurt.