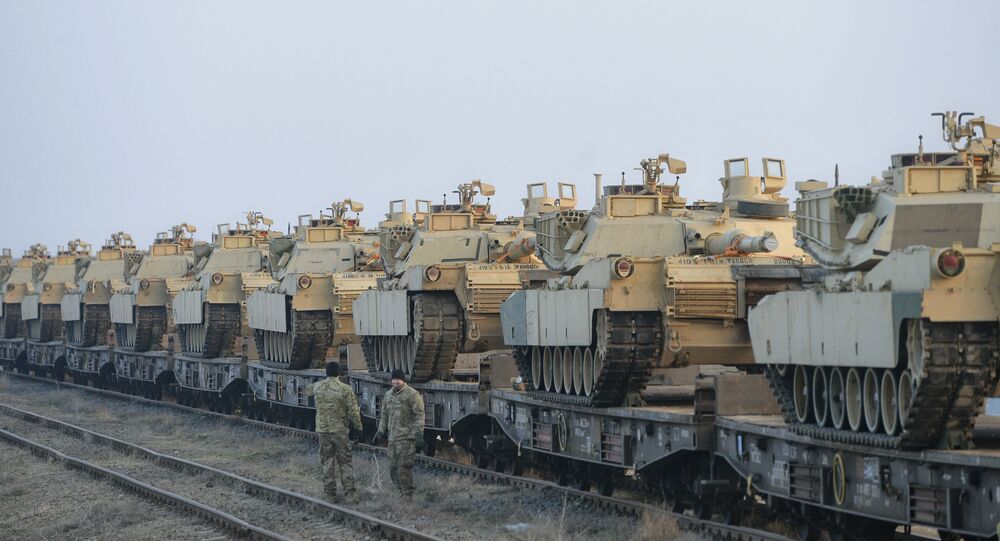 A Washington, DC-based foreign policy think tank has called for the NATO alliance to bolster its deployment to Romania, arguing Russia’s expanding Black Sea fleet and fortifying of Crimea poses a threat to Ukraine, the Balkans and the Mediterranean region beyond.

In a May 26 paper titled “One Flank, One Threat, One Presence: A Strategy for NATO’s Eastern Flank,” academics from the hawkish Center for European Policy Analysis (CEPA) think tank in Washington, DC, advocate for upgrading NATO’s presence in Romania from a “tailored Forward Presence” to the stronger “Enhanced Forward Presence” (EFP) deployments in the Baltic States and Poland.

“What was once a Russian naval backwater is now the centerpiece of Moscow’s power projection into the Mediterranean … It is evidently more willing to use force in the Black Sea region than anywhere else along the Eastern Flank,” write the paper’s authors, which include retired Lt. Gen. Ben Hodges, the former commander of the US Army in Europe.

Stars and Stripes notes that Hodges was “a lead architect” of the EFP policy that led to significant expansion of NATO forces stationed in Estonia, Latvia, Lithuania and Poland after Crimea seceded from Ukraine and rejoined Russia by popular referendum in 2014 amid a Russophobic push by the Western-backed nationalist junta that had recently seized power in Kiev.

“In past decades, the Turkish navy was the preeminent military power in the region. Ankara still has final say over access under [The Montreux Convention Regarding the Regime of the Straits] but Russia’s transformation of Crimea into an armed fortress - a ‘Kaliningrad of the south’ - and its bolstered Black Sea Fleet have tilted the regional balance of forces in Moscow’s favor,” the report states.

The think tank presents NATO as the defender of small nations and a victim of Russian “aggression,” presenting a falsified version of history in which the Soviet Union was not promised that the anti-Soviet NATO alliance would not expand eastward after the end of the Warsaw Pact alliance formed to counter it, and in which NATO’s “eastern flank” is not, in large part, quite literally the Russian border.

“Putin’s Kremlin is engaged in a comprehensive revisionist enterprise to restore Russia’s control over nearby countries and to prevent them from freely joining international organizations such as NATO and the EU,” they argue. As a result, NATO must upgrade its presence in Romania to become the “center of gravity” for Russian deterrence.

“In many respects, the Black Sea region is of even greater strategic value to Moscow than the Baltic Sea region. Russia views the Black Sea as the ‘launching pad’ for its destabilizing operations in Syria (which have contributed to hundreds of thousands of casualties in the Syrian civil war) and its naval operations in the Eastern Mediterranean,” the CEPA academics argue, noting as examples everything from Russian support for separatist movements in Moldova and Georgia to “attempting to drive a wedge between Turkey and the rest of the [NATO] alliance” and “the ongoing militarization of Crimea and war in eastern Ukraine.”

© AFP 2021 / DANIEL MIHAILESCU
The US anti-missile station Aegis Ashore Romania is pictured at the military base in Deveselu, Romania

The report calls for stationing extensive weaponry in Romania, including ”unmanned maritime systems, ground-based systems in Romania including anti-ship missiles, drones, and rotary wing attack aviation,” as well as upgrading the scope of the “Tobruq Legacy” air combat exercises and establishing a “Maritime Policing Mission” that would constitute a year-round NATO naval presence in the Black Sea - something explicitly banned by 1936 Montreux Convention.

Counting among its research board such eminent figures of Western academic revanchism as historians Anne Applebaum and Norman Davies as well hawkish ex-government figures including former US State Secretary Madeleine Albright and previously the late former US national security adviser Zbigniew Brzezinski, it should come as little surprise that CEPA would advance such a hawkish argument.

Romania already plays host to NATO weapons systems such as the Aegis Ashore missile system, which Washington for years denied could be used offensively - until just days after the US left the Intermediate-Range Nuclear Forces (INF) Treaty last year, when it was upgraded to be able to fire offensive missiles that had been banned by the treaty. It has also stationed a Terminal High Altitude Area Defense (THAAD) battery in Romania, bringing with it a powerful AN/TPY-2 radar that can see thousands of miles into Russian territory.

On This Day 21 Years Ago: NATO Bombing of Yugoslavia in Numbers