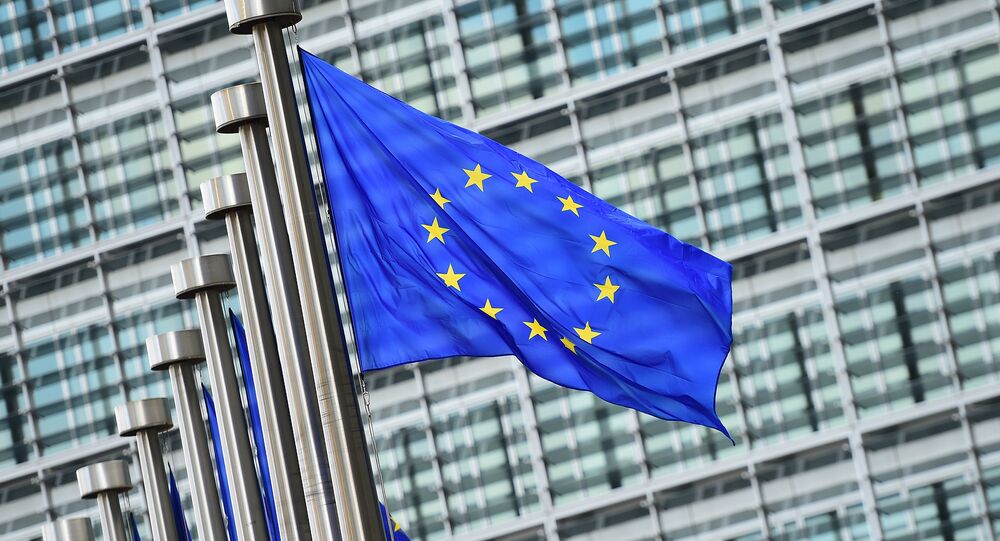 In mid-May, Josep Borrell urged EU member states not to allow China to take advantage of a diplomatic standoff between them in order to impose their "state-centric" stance.

Speaking to a group of German diplomats on Monday, EU foreign affairs chief Josep Borrell again called on the 27-nation bloc to facilitate a shift to a more independent posture towards China.

"Analysts have long talked about the end of an American-led system and the arrival of an Asian century. This is now happening in front of our eyes", Borrell argued.

He pointed out that the ongoing coronavirus pandemic could be perceived as a turning point and that the "pressure to choose sides is growing" when it comes to Sino-European relations.

The diplomat urged the bloc to "follow our own interests and values and avoid being instrumentalised by one or the other".

"We need a more robust strategy for China, which also requires better relations with the rest of democratic Asia", Borrell underscored.

The remarks followed his opinion piece earlier in May in which the EU foreign policy chief warned against allowing China to benefit from a political standoff between the bloc's members over a response to the COVID-19 crisis.

In the article, Borrell praised China as a "partner country", but cautioned EU member states that they must "act jointly against superpowers" while "maintaining the necessary collective discipline".

He also voiced concern over Beijing repeatedly "telling the world" about the aid China sent to other countries amid the raging coronavirus pandemic. According to him, the EU has, in contrast, avoided the politicisation of its own pandemic efforts without "making a fuss" about the "extensive support it provided while hospitals in China were overloaded".

"The change in the EU's relations with China has accelerated in different phases since the outbreak of COVID-19. […] The key point is that we should support each other and show international solidarity - and the European Union has always shown how committed it is here - but that we should avoid political capital from such help to beat", the diplomat underlined.

EU, China at Odds Over COVID-19

The opinion piece came as the EU apparently followed in Washington's footsteps by claiming that China is shying away the limelight and deflecting blame from their role in the COVID-19 crisis. A recent European Union report alleged that Beijing was intentionally spreading disinformation about the coronavirus outbreak, which was first reported to have happened in China.

This echoes Washington's allegations concerning "the enormous evidence" about the coronavirus coming from a Wuhan biolab, proof that the US has never provided, though.

The allegations have repeatedly been rejected by Beijing, which called on the US to "handle its domestic affairs properly first", rather than shift blame on China.

The same tone was struck by Wuhan Institute of Virology Director Wang Yanyi who told the Chinese news network CGTN last Saturday that the White House's claims about the origins of COVID-19 were nothing but "a pure fabrication".