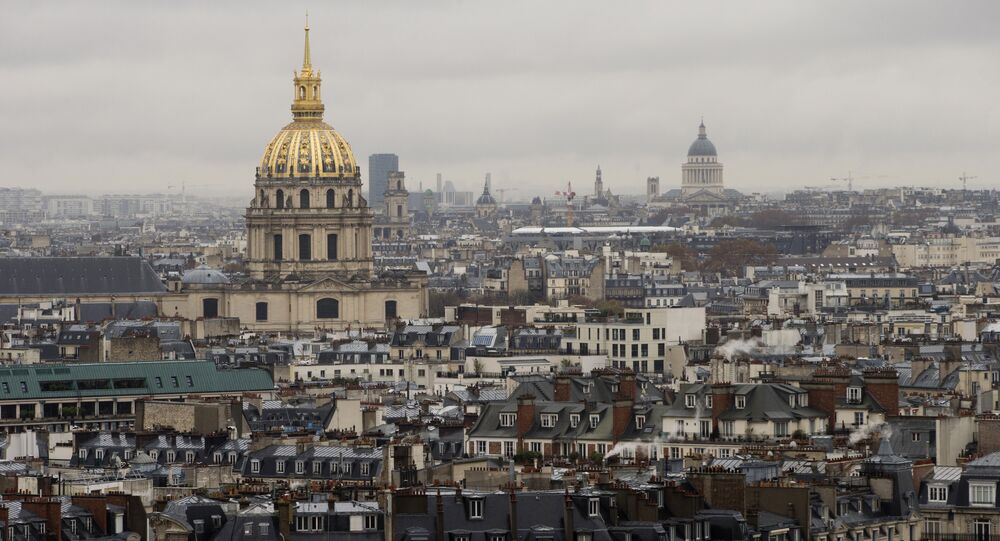 MOSCOW (Sputnik) – Stanislas Guerini said he was convinced that former health minister and current LREM candidate Agnes Buzyn in the municipal elections in Paris, is determined to win the second round of the elections set for 28 June, though her position has weakened following her criticism of how the government is handling the COVID-19 crisis.

"Agnes Buzyn is determined, and we [the LREM party] are determined to bring together a project [election campaign] for Paris", Stanislas Guerini, the head of the French LREM party, said on Europe 1.

Guerini recalled that during the pandemic, Buzyn had resumed her medical activities at a hospital. When asked whether Buzyn was capable of leading the elections campaign, he replied in the positive.

© REUTERS / BENOIT TESSIER
Griveaux Case: 'Paris Municipal Elections Are Elections of Mass Destruction' - Mayoral Candidate
Last Sunday, Gerald Darmanin, the French minister of the action and public accounts, has announced his support to Buzyn in her determination to become the mayor of Paris.

France has confirmed a total of 182,709 COVID-19 infections, the world’s seventh cumulative number of cases, with a death toll at 28,370.

Buzyn resigned as the minister of health in February in order to engage in the race for the mayor of Paris. However, she subsequently found herself in the center of a scandal as she called the first round of the municipal elections, held on March 15 amid the coronavirus pandemic, a "masquerade." Moreover, Buzyn told Le Monde newspaper that she had made French Prime Minister Edouard Philippe aware of the seriousness of the coronavirus crisis even before it really began, namely, in January, amid public outrage over the lack of the government's response to the pandemic.