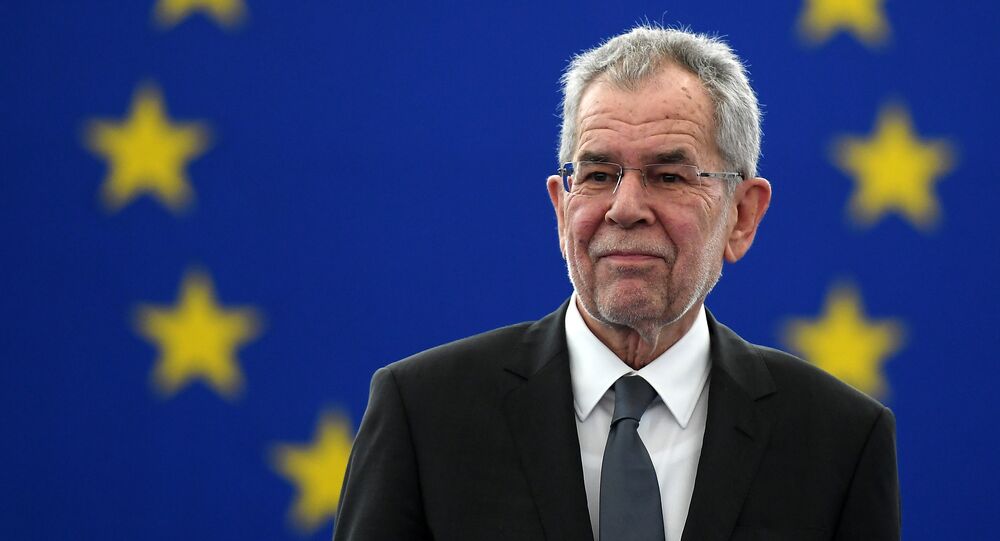 VIENNA (Sputnik) - Many Austrians have expressed their support for President Alexander Van der Bellen through social media after he was spotted dining out after the 11 p.m. curfew time.

Van der Bellen was seen in downtown Vienna on Sunday at midnight. According to Austrian media, the police arrived at the popular Italian restaurant, Sole, at about 12:20 a.m. (22:20 GMT), where the president was having a late-night dinner with his wife almost an hour and a half beyond the designated curfew time.

Shortly after the incident, Van der Bellen made a public apology, which circulated through the president’s social media accounts.

Austrians, however, reacted positively to the post, with 7,600 likes and super likes. Social media users also actively expressed their support for Van der Bellen in their comments.

Due to the coronavirus pandemic, restaurants all across Austria close at 11.00 p.m., after which guests are not allowed to be served. The Vienna authorities will now have to decide whether to fine the restaurant's owner 30,000 euros ($32,718).

Starting in mid-April, Austria began to weaken its restrictive measures imposed due to the coronavirus in two-week increments. The next stage is scheduled for 29 May and includes the opening of hospitality businesses. Holding seminars and meetings in hotels with up to 100 people will also be allowed.

The European country has so far registered 16,439 COVID-19 cases, 640 of which have been fatal, according to the latest update by the World Health Organisation posted at 10:00 A.M. CEST.