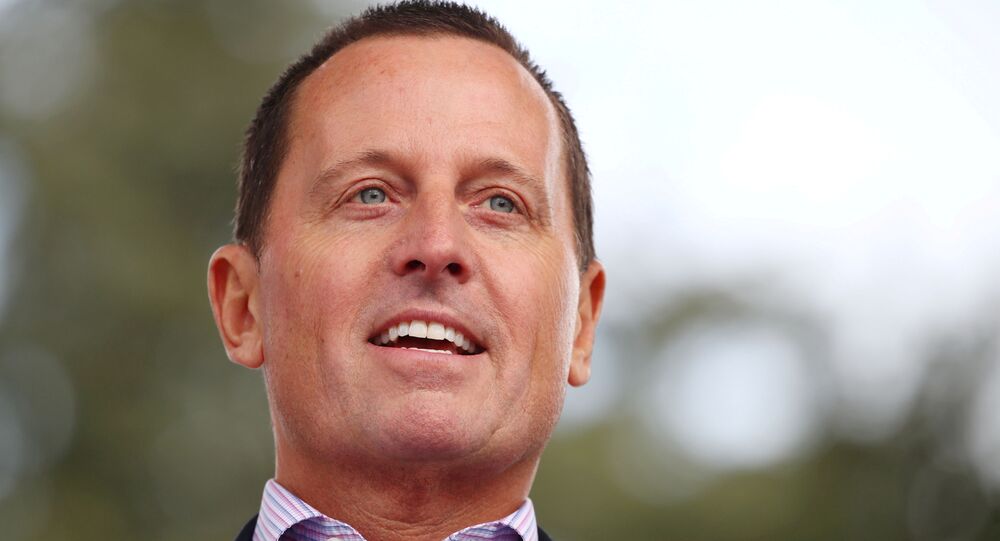 The news comes after the US Senate confirmed representative John Ratcliffe as the new Director of National Intelligence, meaning he will replace Grenell, who was also serving as the Acting Director.

Richard Grenell, the US Ambassador to Germany, is planning to leave office in the coming weeks, the news agency DPA reported on Sunday.

According to the report, Robin Quinville, deputy chief of mission at the embassy, will serve as the interim ambassador to Germany before a new one is appointed. The US Embassy, however, hasn't comment on the alleged resignation.

"It is our policy not to comment on travel or schedules, but Ambassador Grenell has continued to actively engage in Administration priorities on Germany while serving as the Acting Director of National Intelligence", the spokesperson said.

Grenell, who has been serving as the US envoy to Berlin for two years, was appointed the Acting Director of National Intelligence back in February. He is known for fully backing President Donald Trump's policies, as he supported sanctions against Tehran and urged European countries to create a "united front" against China. He also requested Berlin to stop cooperating with Moscow on the Nord Stream 2 project, claiming it will make Europe dependant on Russia.