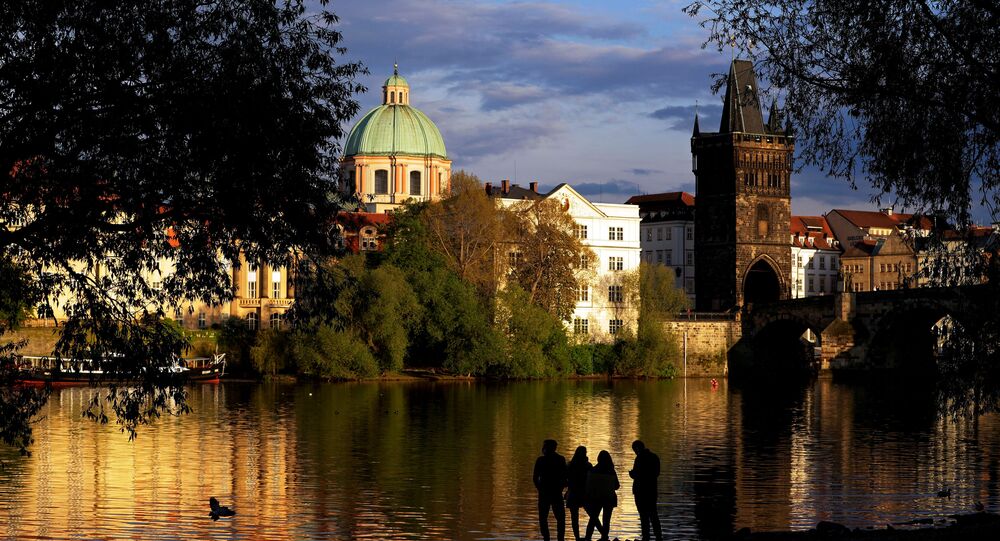 Having finally reached a coalition deal, political rivals Benjamin Netanyahu and Benny Gantz have expressed their intention to extend Israeli sovereignty over the parts of West Bank, following offers put forward in US President Donald Trump's 'Deal of the Century' Middle East plan.

The foreign minister of the Czech Republic, Tomas Petricek, along with Culture Minister Lubomir Zaoralek and senior MP Karel Schwarzenberg, in an op-ed in the daily newspaper Pravo, have condemned plans by Tel Aviv to extend their sovereignty over West Bank territories, expressing a view that appears to be in opposition of the government's official stance.

The op-ed drew criticism from both the prime minister and the president of the Czech Republic. PM Andrej Babis told the Czech new outlet iDNES that it was "unacceptable" for members of government to express their position on fundamental foreign policy issues without first consulting the heads of state.

"In general, it is insurmountable that the government as a whole is responsible for Czech foreign policy. Therefore, it is unacceptable for individual members of the government, in this case two ministers, to issue their own position on such a fundamental issue as relations with Israel, which has never been consulted at the government level, but which is perceived abroad as the Czech Republic", Babis said.

In their op-ed, the three ministers paid due to the good relations between the Czech Republic and Israel, but argued that the plans of the newly-formed government in Tel Aviv are in violation of international law, urging Netanyahu and Ganz to stick to the two-state solution in the Israeli-Palestinian conflict.

"The Czech Republic will continue to support the goals of the Middle East peace process, leading to an arrangement in the form of two independent states. At the same time, it will draw the attention of both parties to the harmfulness of steps undermining these goals", the op-ed read, cited by iDNES.

Distancing itself from the article, Jiri Ovcacekthe, a government spokesman for the president of the Czech Republic, Milos Zeman, issued a statement Saturday, strongly disagreeing with the op-ed, suggesting that it "disrupts our relations with both the State of Israel and the United States".

"This article is a denial of the current foreign policy of the Czech Republic towards the State of Israel", Zeman's statement read.

The Czech Republic among European states has been a loyal supporter of Tel Aviv, voting against Palestinian membership in the UN General Assembly and supporting the opening of the 'Czech House' in Jerusalem as a "first step" toward relocating Israel's embassy to the hotly-contested city.

Israeli plans to extend sovereignty over parts of West Bank under Trump's so-called Deal of the Century met strident criticism worldwide, as did the plan itself, slammed by the Palestinians as continued "injustice". Shortly after Tel Aviv announced the intention, the head of Palestinian Authority, Mahmoud Abbas, responded by withdrawing the Palestinian Authority from all agreements with Israel and the US.