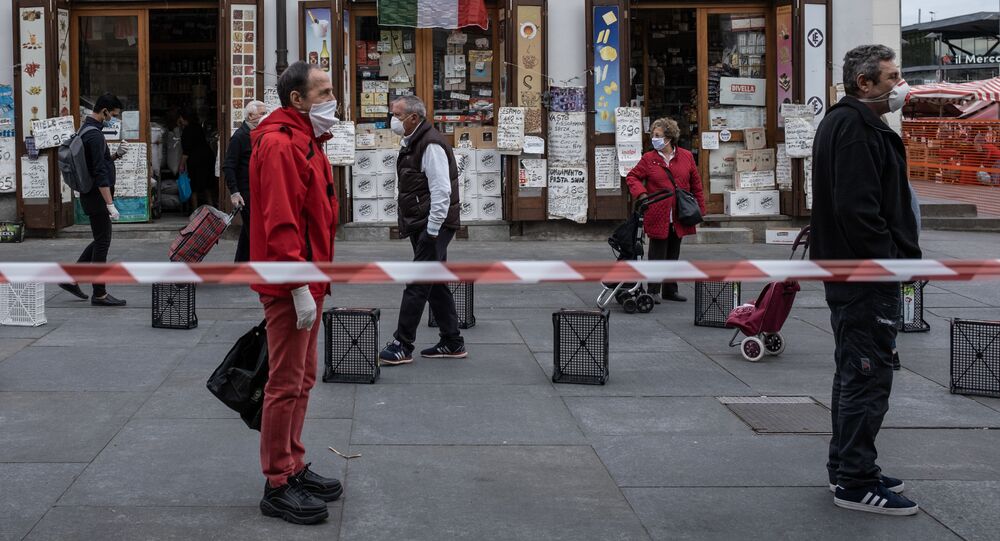 Fears of a second wave of COVID-19 have risen as governments across Europe claim to have passed the peak rate of infection, and lockdown measures begin to slowly be lifted while social distancing measures become less observed.

Dr Andrea Ammon, the director of the European Union agency responsible for advising governments on disease control, warned on Wednesday of an impending second COVID-19 wave.

“The question is when and how big, that is the question in my view,” said Ammon, in an exclusive interview with The Guardian.

She cautioned that 85 percent to 90 percent of the population remain susceptible to the virus, as only a small number of people are likely to have become immune.

"The virus is around us, circulating much more than January and February […] I don’t want to draw a doomsday picture but I think we have to be realistic. That it’s not the time now to completely relax", she said.

Ammon’s role is to critique government policy over their coronavirus response - including in the UK - and identify new infections early.

Despite the warnings, she insisted that a second wave is not inevitable, so long as people stick to government social distancing guidelines and remain at home. She warned, however, that public resolve may be weakening.

“I think now it’s beginning to strain. What we see is that, on the one hand, the economic part for small and medium-sized businesses but also the experience of people not being able to exercise all the freedoms that we normally have: to go where we like, to be with whom we want to be. And this is a quite fundamental change to our normal way of life", she said.

“And especially now when it is clear [infections] are going down, people think it is over. Which it isn’t, which it definitely isn’t".

She said that the data did not yet indicate any consequences as a result of a loosened lockdown regulations, but noted that the ECDC was "closely monitoring".

Ammon's cautions come as the UK announced last week that it would be loosening aspects of its national lockdown, so long as they adhere to social distancing guidelines.

As the UK shows the highest COVID-19 death toll in Europe, the public is testing the limits of newly relaxed restrictions, seeing scores of Brits flood beaches and parks as a heatwave hits, creating concern that increased social interaction will lead to a rise in cases.

Despite this, polling by YouGov indicates that the majority of the country remains supportive of the lockdown, with 67 percent saying in April that they would be "strongly supportive" of extending the measures.

According to ECDC data, the EU, the UK, Norway, Iceland, and Liechtenstein have cumulatively seen a death toll of 158,134 from COVID-19 as of Wednesday.