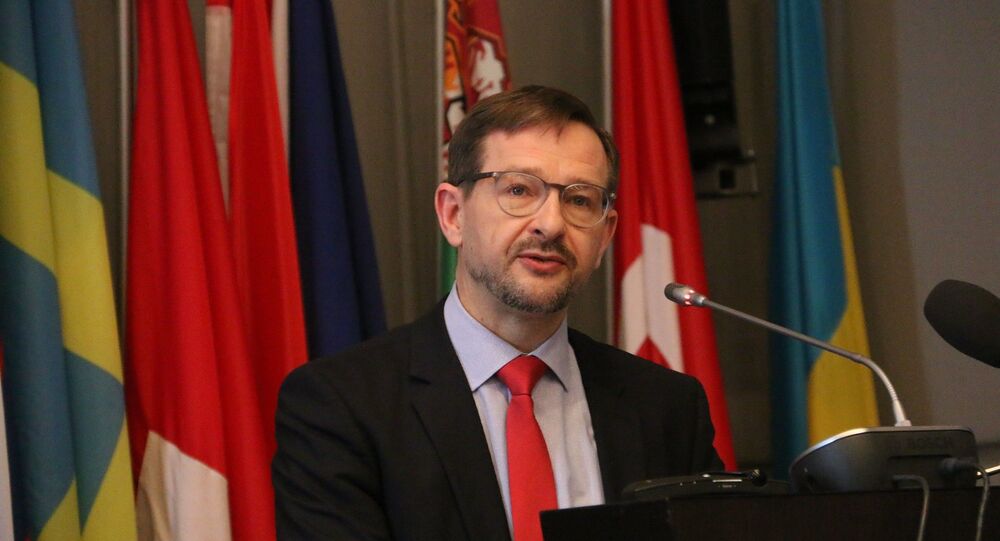 Swiss diplomat and secretary general of the European security body Thomas Greminger has drawn attention to rising criminality in the corona-struck region, as culprits in no time adapt to “systemic weaknesses” and find ways to lure victims with their new fraudulent schemes.

Pandemic-hit nations in the Organisation for Security and Cooperation in Europe will suffer to a great extent from corruption in the coming months, OSCE head Thomas Greminger told Austria's APA news agency on Sunday, stressing that “criminals adapt rapidly to systemic weaknesses induced by the COVID-19 crisis".

Addressing emergency funding earmarked to help the economic fallout from the health crisis, Greminger pointed out that border controls reintroduced since March in the 26-nation Schengen zone, which had been previously “borderless”, had overwhelmed many authorities and diverted resources, as he put it.

He went on to warn that criminals could now be cashing in on such changes, with the current state of affairs being exacerbated by "very nationalistic instincts, solo initiatives, and unilateral isolationist approaches", the head of the Geneva-based security-focused body explained.

As Europe largely remains under strict lockdown orders, individually introduced by each country in March, Europol warned last Thursday that criminals were rearranging people smuggling routes and "finding new ways to lure potential victims", as per a Deutsche Welle report.

Smugglers have now woken up to enhanced border checks and ubiquitous freezes in air transportation, and so shifted from aviation to "land and sea routes", Europol noted, citing as an example the use of small boats for crossing interstate waters, concealed smuggled goods in freight vehicles and cargo trains, etc.

In the run-up to the quarantine measures slapped on almost the whole world in March, the OSCE's High Commissioner for National Minorities, Lamberto Zannier, urged member states not to leave out such categories as "guest workers, informal labourers, and persons belonging to marginalised communities" in the governments’ "rush to introduce emergency measures".

"If specific groups indicate that their needs have not been met, adjust the measures to include them. This principle is also relevant for the recovery phase", Zannier said, stressing the need to maintain "social cohesion” and proportionate aid, as pandemics expectedly lay bare slews of “deeply-rooted anxieties” in society.

In early April, Politico detailed in a report how criminality had spiked in Italy among other European countries, recounting that predatory mafia syndicates, notorious for operating during times of crises in the southern European country, stepped in to infiltrate legitimate private businesses to take advantage of weaknesses and extort money. Officials were quoted as saying at the time that the worrisome trend was likely to precede an overall spike in criminality well beyond the pandemic – and, notably, well beyond Italy,

“There is no [EU] country that is exempt from this problem”, Sabrina Pignedoli, an MEP from Italy’s 5 Star Movement, told Politico.

Europol said last month that a number of criminal groups around Europe were developing new activities to exploit the emergency. It found among other things that the trade of counterfeit medical kits, like substandard masks, gloves, and pharmaceuticals is “booming” in the pandemic economy.