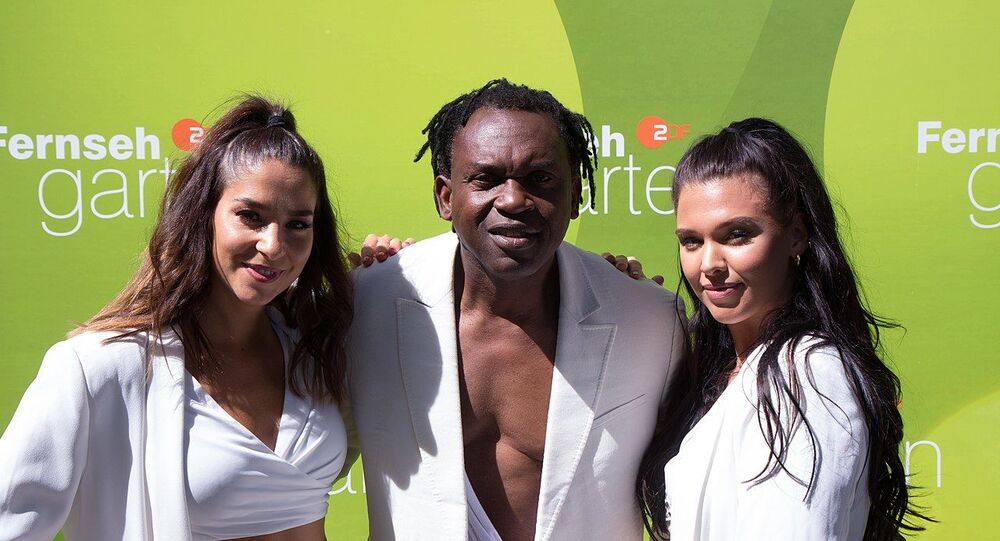 “He is stable, upright, and rational”, Dr Alban raps in a tribute to Anders Tegnell, the architect of Sweden's no-lockdown COVID-19 strategy.

In “Hello Sweden”, a rehash of one of his 1990s songs, Eurodance legend Dr Alban has given kudos to Sweden's chief epidemiologist for his strategy against the coronavirus.

In his tribute to Anders Tegnell, Dr Alban raps: “Hello Sweden, listen to Tegnell // He is stable, upright, and rational”. “As an adult, you should listen to all the advice. Together we can cope with the danger that now prevails”, another line in “Hello Sweden” says.

“Hello Sweden” is a remake of another social cause song Dr Alban recorded in the 1990s for what later became the Swedish Transport Administration.

In the song, Dr Alban narrates a version of the counting-out rhyme “And then there were none”, also known as “Ten Little Indians”. In “Hello Sweden”, “ten adult Swedes” didn't follow the health recommendations, until “only one” remained.

“I thought why not, I can use the same idea and concept, though with corona times”, Dr Alban explained to the newspaper Aftonbladet.

“I think Sweden has done it right”, he said of the country's maverick no-lockdown approach. “You can actually go out and not have to get this disease if you follow the rules. Keep your distance, wash your hands, spray your hands, all the stuff. No handshake, no hug. No problem”, he added.

The 62-year-old Dr Alban also said he was fine, although many artists have no job right now due to the epidemic.

Dr Alban, real name Alban Uzoma Nwapa, is a Swedish artist and producer of Nigerian origin. He has sold an estimated 16 million records worldwide and is most famous for his worldwide 1992 hit “It's My Life” from the album “One Love”.

So far, Sweden has seen 30,143 confirmed COVID-19 cases and 3,679 deaths and remains the hardest-hit Scandinavian nation. Unlike its fellow Nordics and most of the world, Sweden has consistently resisted comprehensive lockdowns and stringent measures, instead relying on mostly voluntary precautions in a bid to achieve herd immunity.

While widely criticised both at home and abroad, this approach appears to be well received by the broader public. The ruling Social Democrat party's rating has exceeded 30 percent for the first time in months, after having dipped into the record low 20s. Meanwhile, state epidemiologist Anders Tegnell, who is credited with the strategy, is being celebrated as a rock star with memes, t-shirts, and even tattoos. There is even a Facebook group called Anders Tegnell's fan club with tens of thousands of members.