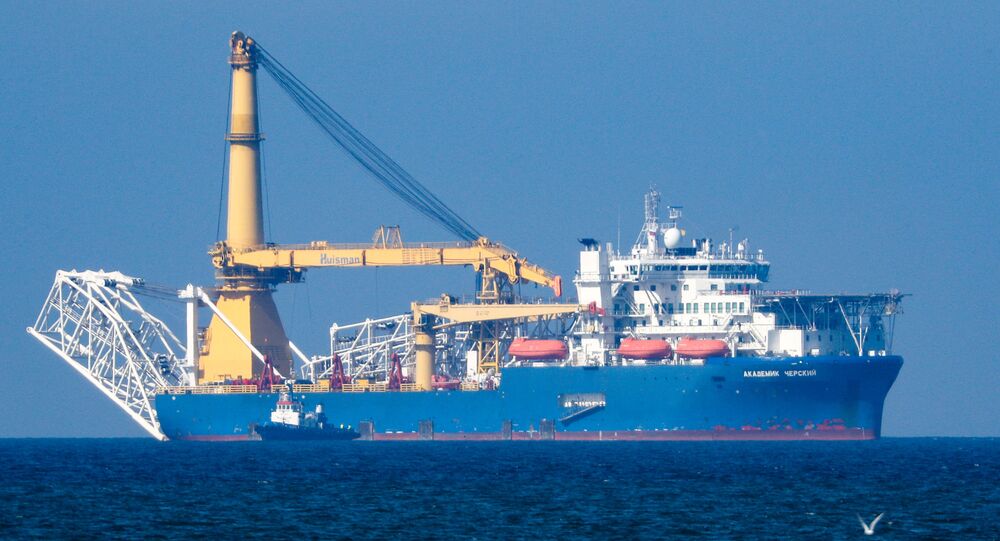 The Nord Stream 2 project was supposed to be finished in 2019, but it was delayed due to Danish authorities not immediately providing permission for pipe to be put down in their waters.

A Russian pipe-laying vessel belonging to the nation's gas giant Gazprom, Akademik Cherskiy, has docked at the German port of Mukran located not far from the construction site of the Nord Stream 2 pipeline, maritime monitoring service, Marine Traffic shows. The vessel arrived in German waters around 9 May but stayed off-shore at the time.

Another Russian vessel, the pipelay crane Fortuna, is also docked at Mukran the service shows. According to the satellite images provided by Planet Labs and cited by Bloomberg, the Mukran dock also hosts the sections of the pipeline that will be used in Nord Stream 2's construction.

Impact of US Sanctions on Project

Akademik Cherskiy was summoned from the Sea of Japan in February 2020, soon after Nord Stream 2 AG, the pipeline's operator and builder encountered troubles finishing the project due to the US introducing sanctions against it. Following Washington's move Swiss contractor Allseas withdrew its pipe-laying ship and refused to finish work on the project. It's possible that Gazprom is planning on using Akademik Cherskiy to finish the pipeline.

The White House justified its sanctions against the Russian pipeline project by claiming that it will give Moscow leverage over the EU, despite its key benefactors, including Germany, insisting that it is a purely economic project. Washington suggested that Europe buy more expensive liquefied natural gas (LNG) from the US or Israel instead of buying gas from Russia, despite the EU already diversifying its sources.