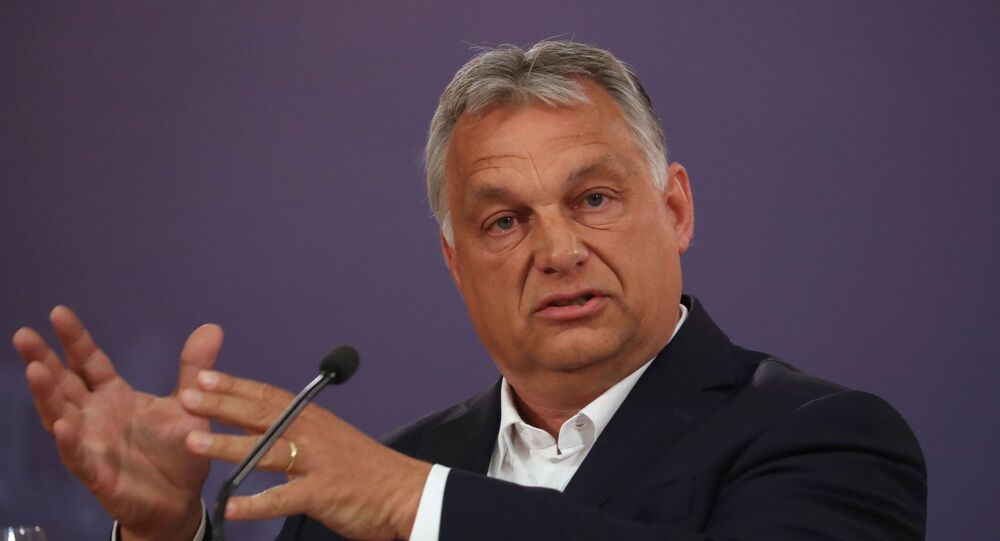 Third Crisis in Three Years Between Brussels and Budapest: Orban Chosen as Scapegoat

Unlike many other European countries, which have tens of thousands of coronavirus deaths, Hungary has seen only about 400. However, the EU hasn’t criticised its most influential members for the failure of their healthcare systems.

Instead, Hungarian Prime Minister Viktor Orban was again called to account for having introduced a state of emergency in the country to better counter the pandemic.

During two crises, the migration and the coronavirus ones, the EU proved to be a completely dysfunctional political community. Its bureaucracy made making flexible and effective decisions impossible.

Brussels is trying to divert attention from its own insolvency by finding another scapegoat, which again is Orban.

This is how Slobodan Jankovic of the Institute for International Politics explains summoning Hungarian Prime Minister Viktor Orban to the European Parliament to discuss the state of emergency that he introduced in his country (a state of emergency was declared on 11 March in Hungary, when 13 COVID cases had been registered in the country) to counter the pandemic, as well as the impact of the measure on the fundamental rights and freedoms of citizens.

The discussion took place on 14 May without Orban, since he refused to accept the invitation, saying that fighting the coronavirus pandemic in Hungary was taking up all his time and energy.

The expert pointed out that the EU discussing the activities of the Hungarian prime minister is a way to divert attention from more pressing issues and call for discipline in those member states that don’t want to keep up with policies that are beneficial to Paris and Berlin.

Jankovic noted that this is the third crisis between Brussels and Budapest since 2017:

“Three years ago, Brussels criticised Orban when Hungary introduced a new law on universities and NGOs, followed by reforming Soros University in Budapest (Central European University; on 14 October 2007, George Soros resigned as chairman of the University Council). Last year, a crisis erupted again when the membership of Orban's Fidesz in the European Parliament’s centre-right EPP coalition was suspended”.

The expert added that all the conflicts between Brussels and Budapest are of the same nature and that Orban is criticised over and over again for not respecting the rule of law and the state of democracy in the country he heads.

© CC BY-SA 3.0 / Niccolò Caranti / George Soros
Business Magnate George Soros to Contribute 1 Mln Euros to Hungary's Fight Against COVID-19
According to Jankovic, the essence of the conflict is not related to the coronavirus or human rights, but has a completely different nature:

“The key thing here is a clash between forces that can be called globalist and transnationalism on the one hand, and sovereignist on the other hand. At the same time, Orban has good relations with the United States, President Trump and his team. We need to consider this situation in a wider context. There are constant frictions between the US and Germany, as well as the US and France. EU states, which have tough relations with the Trump administration, are increasingly confronted by countries that pursue the kind of domestic policy that Trump is trying to pursue in the United States”.