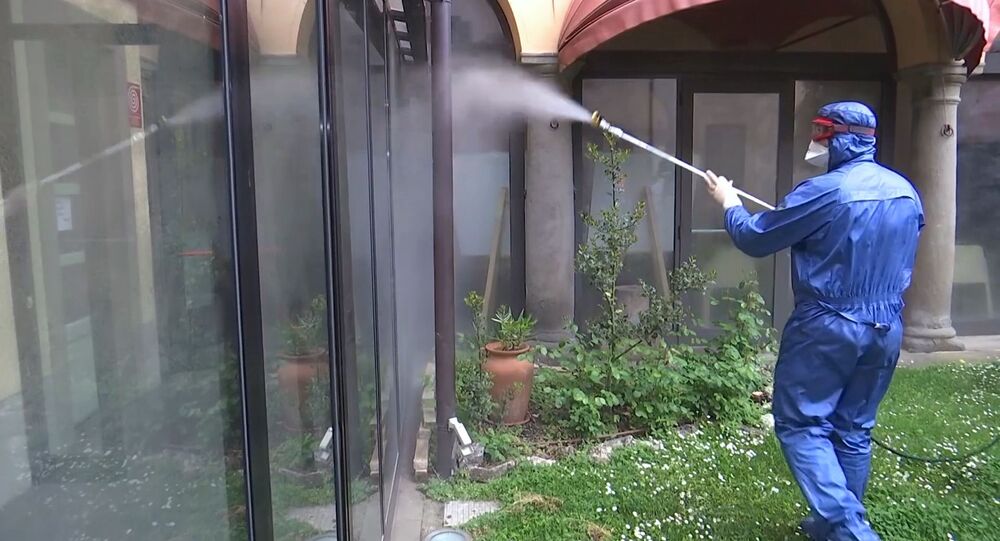 Moscow sent over a dozen military transport planes with equipment and specialists to Italy back in March to help the country in its efforts to stop the spread of the COVID-19 infection.

The second group of Russian military service members, who were previously stationed in Bergamo, Italy, has moved out to the airport near the city of Verona and will be leaving the country soon, the Russian Defence Ministry announced.

The ministry further added that Il-76 cargo planes will bring the Russian military personnel and medical specialists home, along with some of their equipment, with the first two planes leaving on 9 May.

"We are planning on sending back 14 servicemen and four pieces of special military equipment on two planes on 9 May", the Defence Ministry said.

Russia sent a total of 15 military cargo planes carrying nuclear, biological and chemical (NBC) protection troops and their equipment to Italy starting on 22 March to help the country fight the spread of the coronavirus in the worst-hit areas. The servicemen worked in concert with virology and epidemiology experts, who also arrived in the country as part of Moscow's aid.

Since then, the country has started to see an improvement in the dynamic of new cases, with the latest reports by the World Health Organisation showing around 1,400 new cases daily as opposed to 3,000 to 4,000 new cases per day in the first half of April. According to the WHO, Italy had around 215,000 registered COVID-19 cases as of 8 May. The country's Health Ministry reported on the same day that 87,961 people remain infected with the novel coronavirus, while 30,201 more have died from it and 99,023 have recovered from the disease.

Italy: The First Day After the Easing of Quarantine Restrictions