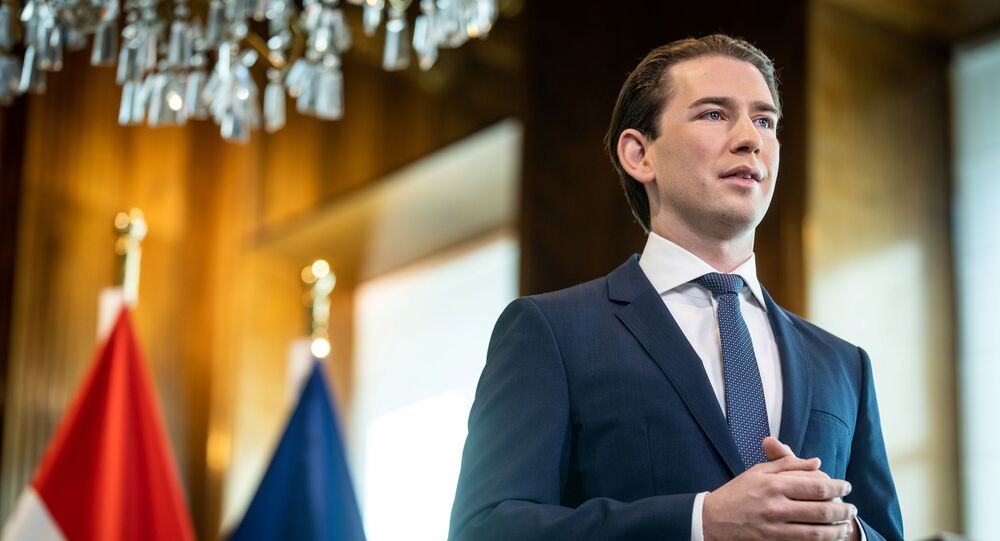 VIENNA (Sputnik) - Austrian Chancellor Sebastian Kurz on Friday delivered a speech timed with the 75th anniversary of the end of the Second World War in which he recalled the responsibility of his own country for the events of 1939-1945.

"The horrors of National Socialism were so indescribable that we should make sure to draw our lessons from that time. This is especially true for Austria, because not only did we go through this war, but we also share responsibility for it," Kurz said in his address, as broadcast by the Austrian ORF2 channel.

Memory is what it takes to respect that responsibility, according to the Austrian chancellor.

"No matter how hard, we have to remember about the atrocities of National Socialism. We have to remember that there were Austrians fighting, committing torture and killing in their ranks, and many were turning a blind eye on crimes of their compatriots," Kurz said. "We cannot change history and fix what had happened, but we must do everything for this history to not repeat itself — neither in Austria nor in Germany nor elsewhere in the world."

© Sputnik
Amazing Story of How British Ally Fought in WWII But Was Killed by NATO
Kurz also called for preserving the memory of all the innocent victims of the war, including the Jewish, minorities, dissidents and resistance fighters.

Europe marks May 8 annually as the day that Nazi Germany acknowledged its unconditional surrender, thus ending World War II. Russia and most post-Soviet republics celebrate the victory over Nazi Germany on May 9.