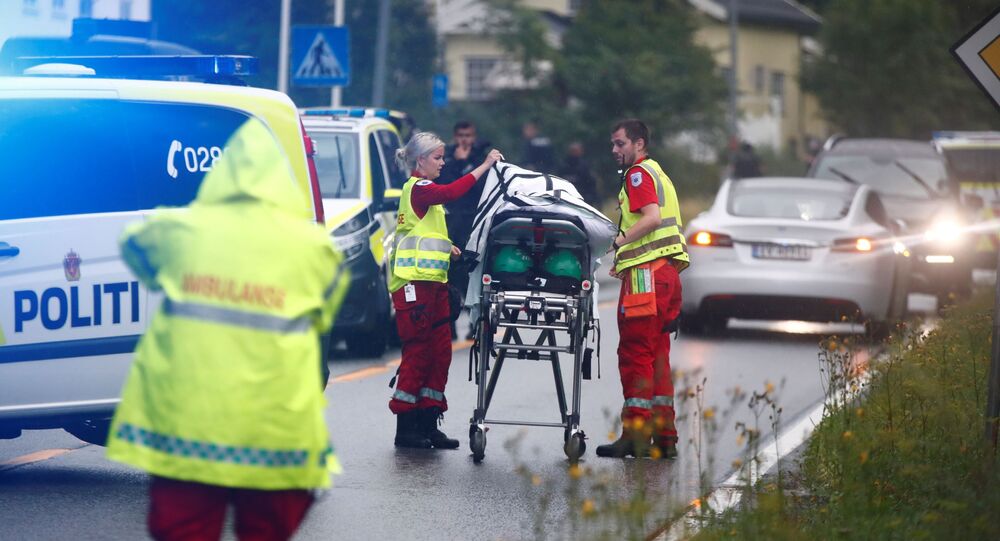 The trial in the case of Philip Manshaus, who is accused of murdering his step-sister and attacking a mosque, is underway in the Norwegian capital of Oslo, reports say.

Philip Manshaus, 22, who went on a shooting spree at a Norwegian mosque last August has stated that it was "emergency justice" and he regretted not having caused more damage, the Norwegian broadcaster NRK reported citing prosecutors.

The Norwegian shooter on the first day of his trial did not dispute the criminal acts themselves, but pleaded not guilty, citing the right to break the law due to force majeure circumstances.

The suspect claimed that the white race "will end up as a minority in their own home countries" and condemned those who "blackmail national socialism".

"I did everything I could to carry out the attack", he said.

The prosecution has stated that Manshaus acted "with the intention to kill as many Muslims as possible", according to NRK.

© REUTERS / NTB SCANPIX
Norway Shooting Suspect Filmed Mosque Attack With GoPro Camera - Reports
The shooting in question took place at the Al-Noor Islamic Centre in the municipality of Baerum near Oslo in August 2019. The incident took occurred as Muslims across the world were preparing to celebrate Eid al-Adha, one of the most important holidays in Islam. One person was injured in the shooting.

Shortly after the attack, several weapons were reportedly discovered in the mosque. Later, law enforcement officers found the dead body of Manshaus' step-sister, a Chinese adoptee, who is said to have been killed because of her race.