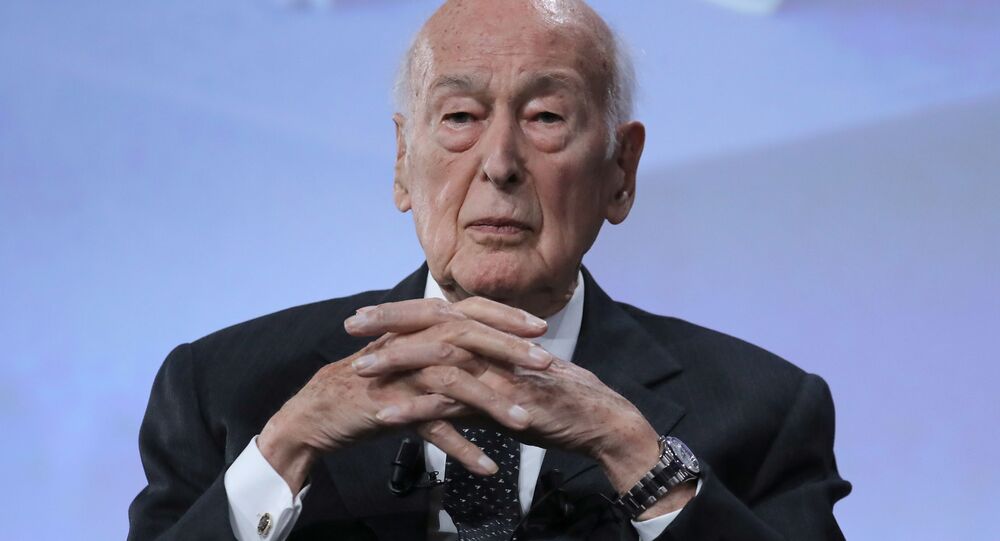 The alleged incident is said to have happened in December 2018 when a female journalist with the German broadcaster WDR met the former French president at his office in central Paris.

Former French President Valéry Giscard d'Estaing, aged 94, who governed the country between 1974 and 1981 is accused of touching a female journalist intimately and without her consent, according to Le Monde.

The incident reportedly occurred in 2018 when the alleged victim, a 37-year-old reporter with the German public broadcaster WDR, Ann-Kathrin Stracke, was interviewing the former French president on the 100th birthday of former German Chancellor Helmut Schmidt.

Following the interview, Ms Ann-Kathrin Stracke, who abandoned her right to anonymity in the reporting of the sex assault complaint, asked Mr d'Estaing to pose for a photo with her.

During the filming "the former president wrapped his arms around her, touched her waist, and placed his hand on her buttock”, according to the complaint.

"Very surprised and disapproving of these attacks which made me extremely uncomfortable, I tried to push back the hand of Mr Giscard d'Estaing, without however succeeding," Ms Stracke stated.

As the first photo was of poor quality, they posed for another one and that time again Mr Giscard d'Estaing touched her around the waist and buttocks.

"I felt like he insisted”, she said, claiming that there was a third assault when Mr Giscard d'Estaing touched her bottom again while showing her some photographs.

Moreover, upon leaving, the former French president insisted on kissing Ms Stracke while whispering in German "sweet dreams”, according to her.

Commenting on the case, Olivier Revol, Mr d'Estaing's office manager, said the former president had "no memory of his meeting" with Mrs Stracke.