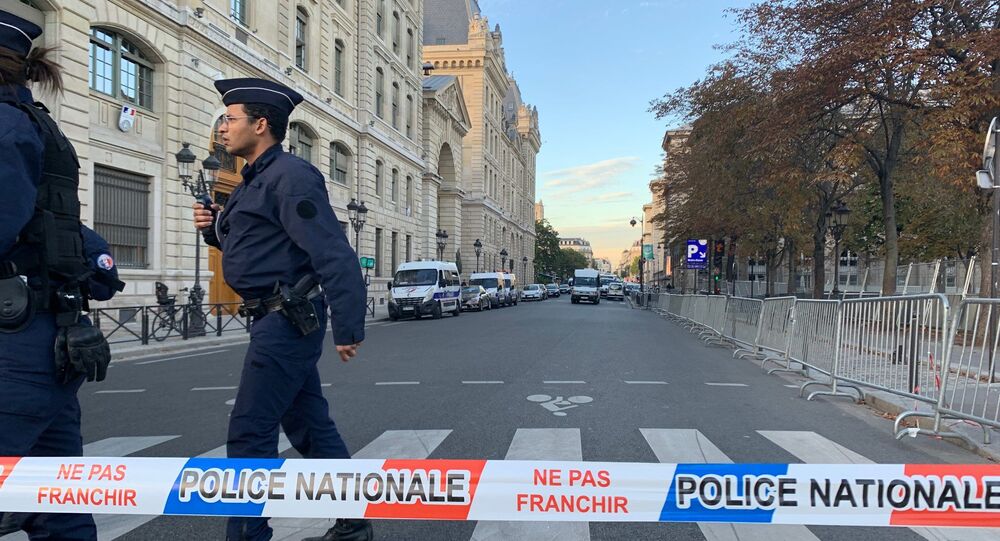 MOSCOW (Sputnik) - French police have charged a man who hit three officers in a car-ramming incident in suburban Paris, injuring two of them, the French newspaper L’Obs reported on Friday, citing anti-terror prosecutors.

According to the newspaper, the individual is charged with the attempted murder with terrorist intent of figures of public authority.

The incident took place in Colombes, a suburb of the French capital, on Monday. The 29-year-old man was arrested at the scene, and prosecutors allege that a letter bearing an oath of allegiance to Daesh* was found in his vehicle.

France has been hit by a wave of terrorist attacks in recent years, including the attacks of November 2015 in the capital that resulted in the deaths of 130 people. Seven months later, an Islamist militant drove a truck into a crowd of people in the southern city of Nice, killing 86 people.

*Daesh (also known as ISIS, IS, ISIL) is a terrorist group banned in Russia.