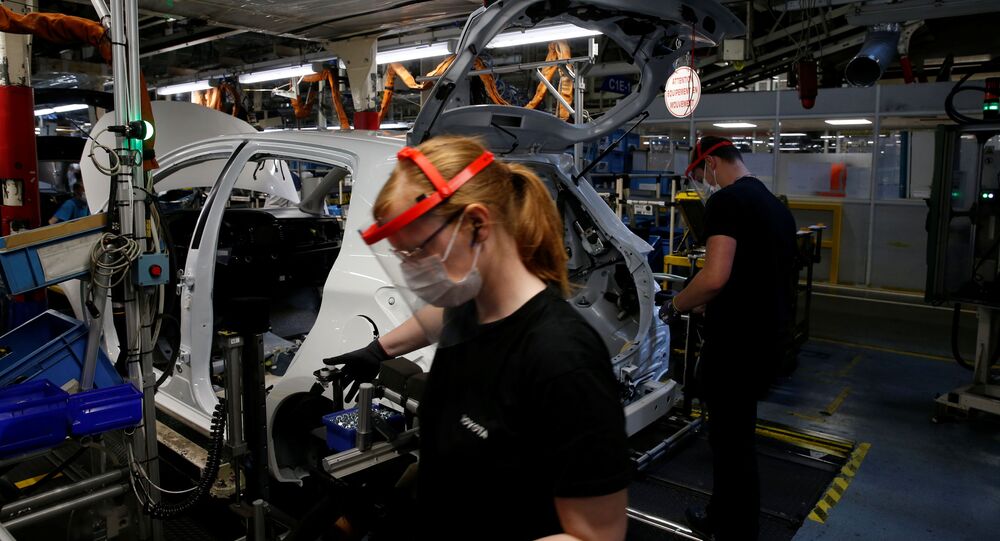 France's GDP contracted 5.8 percent in the first quarter of 2020, primarily due to the ongoing coronavirus lockdown imposed in March, the national statistics agency stated Thursday.

France has fallen into a recession after its GDP contracted 5.8 percent in the first quarter of 2020, according to the national statistics agency, INSEE.

The agency stated that the drop is the steepest since evaluations began being recorded in 1949 because it exceeds the 1.6 percent drop in the third quarter of 2009 and the 5.3 percent decline in the second quarter of 1968. According to the agency, consumer spending also fell by almost 18 percent last month despite a rise in food spending.

French real GDP crashed by 5.8% QoQ in Q1, the biggest drop since the beginning of the series in 1949.https://t.co/ri7LxT1PlA pic.twitter.com/0AdesaH6mR

The agency says that the drop is caused by the stop in non-essential activities as part of the lockdown imposed in mid-March.

Most businesses will be allowed to reopen from May 11 but restaurants and bars are expected to remain closed for longer. Markets and shopping centres are also allowed to resume work, however, local authorities have the right to rule out reopening if deemed necessary.

According to the latest data from the health authorities, over 128,400 cases have been registered in France, while more than 24,000 people have succumbed to the virus.