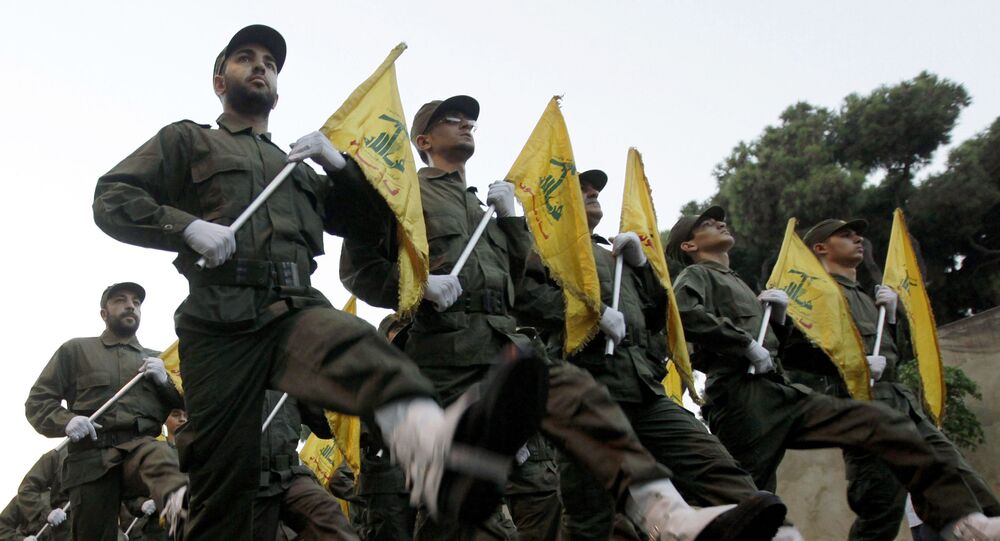 In December 2019, German lawmakers approved a non-binding initiative calling on the government to ban from Germany the political and militant group Hezbollah, which forms part of the Lebanese government.

Germany has banned all Hezbollah activities on its soil, a spokesman for the Interior Ministry said on Twitter, adding that security forces are currently conducting raids against suspected members of the Lebanese movement in several German states.

"Interior Minister Horst Seehofer has banned the Shiite terrorist organisation Hezbollah in Germany", the spokesman said in a Thursday tweet.

Germany had previously distinguished between the movement's political arm and its military units.

The move was praised by Jewish groups as a "much-anticipatd and significant" decision.

“This is a welcome, much-anticipated, and significant German decision. We now hope other European nations will take a close look at Germany’s decision and reach the same conclusion about the true nature of Hezbollah", said American Jewish Committee head David Harris.

In December 2019, German lawmakers approved a non-binding initiative calling on the government to ban Hezbollah. The move, thought to be aimed at combating anti-Semitism, has been rejected multiple times by the parliament.

The resolution was greenlighted by the Free Democrats as well as the Social Democratic Party, which is allied to Chancellor Angela Merkel's Christian Democratic Union (CDU). The decision sought to ban the political arm of Hezbollah from Germany and to add the movement to the European Union’s terrorist list.

Hezbollah is a Lebanese political party and militant group whose primary basis of support is the country’s Shiite Muslim community.

The group was formed as a self-defence force in the early 1980s during the Israeli occupation of southern Lebanon. The last major escalation between Israel and Lebanon took place in 2006, when the two countries fought a 34-day war sparked by a Hezbollah cross-border raid and the kidnapping of two Israeli soldiers.

The confrontation claimed the lives of over 1,300 people, including hundreds of Lebanese civilians, and ended in a UN-brokered ceasefire. Israel and Lebanon have fought a total of four wars since Israel’s establishment in 1948, and have repeatedly threatened one another with violence in recent years.