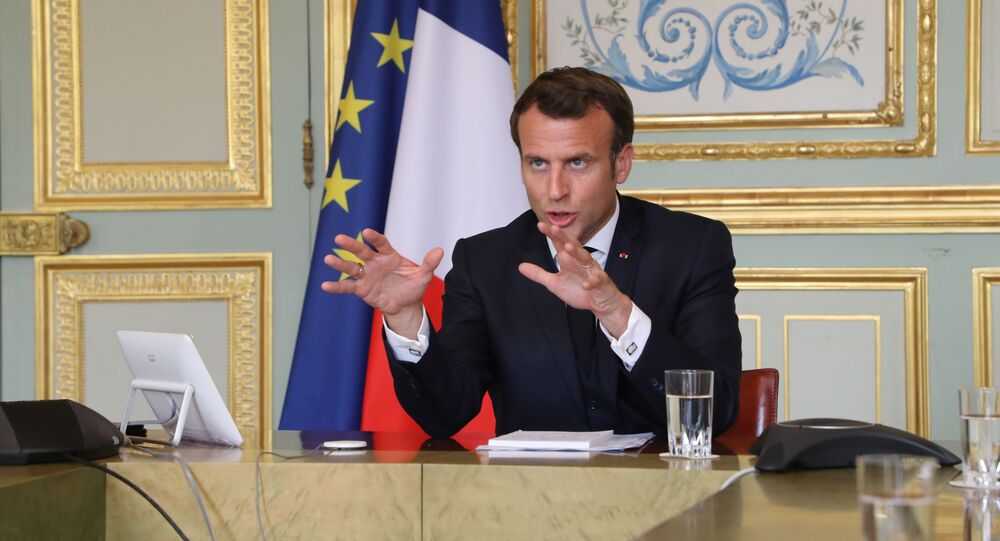 European Union members have long argued with southern states about economic measures aimed at addressing the impact of the coronavirus pandemic, with French President Emmanuel Macron previously insisting that there must be a joint borrowing system to help countries cope with the economic damage caused in the wake of the disease.

Referring to the coronavirus outbreak, French President Emmanuel Macron said during a summit of EU leaders that Europe has no future if it "cannot respond to this exceptional shock". During the meeting, held via online video link, the French leader said there was no consensus between EU members on economic support to "the regions and sectors" most affected by the pandemic.

The 42-year-old pleaded for a large scale revival plan, which would not only include loans. The rescue package should be worth 5 to 10 percentage points of the bloc’s GDP, Macron said. He noted that if one EU member falls, all of Europe will fail. Macron suggested going "further and stronger" toward European sovereignty after the end of pandemic.

During the summit, EU leaders tasked the European Commission, the bloc’s executive arm, to come up with a plan on economic recovery by 6 May. Germany Chancellor Angela Merkel signaled that she was open providing a rescue package worth 2 trillion euros, but wanted to see how it would be used before implementing it.

Europe is the worst-hit continent, with over 100,000 deaths from COVID-19. The bloc is also facing big economic shocks, as the president of the European Central Bank has predicted that the pandemic could cost between 5 to 15 percent of the entire bloc's economic output.

How Tourism Sector Will Change After Coronavirus Pandemic?