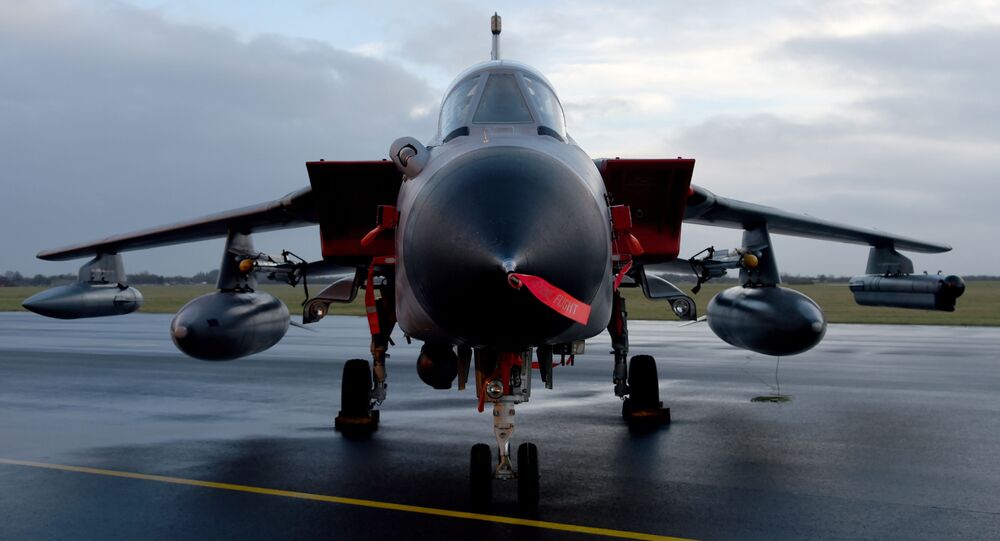 The German Armed Forces have long been searching for a suitable replacement for the aging Tornado jets, which entered service with the country’s Air Force back in 1983.

The German government has confirmed that the country’s aging fleet of Tornado fighter-bombers will be replaced by Eurofighters and F-18 jets from US-based Boeing, in a move that angered the Social Democratic Party (SPD), AFP reports.

German Defence Ministry spokesman Arne Collatz-Johannsen told reporters in Berlin on Monday that an official decision will be sent to the Bundestag's defence committee “in the coming days”.

“We recommend a mixed solution which would keep the European defence industry running at capacity and what’s more, concerning less than a third of the total, possibly come from non-European suppliers”, he said.

According to him, German Defence Minister Annegret Kramp-Karrenbauer told her US counterpart Mark Esper about the plans over the weekend.

AFP also cited an unnamed source as confirming previous reports that the government’s plans include the purchase of 90 Airbus-made Eurofighters and 45 Boeing F-18 jets; 30 of the F-18s will be equipped to carry US nuclear bombs.

Kramp-Karrenbauer’s decision has, meanwhile, prompted criticism from SPD members who are the junior coalition partners in Chancellor Angela Merkel’s government.

The parliament’s defence committee chief Wolfgang Hellmich told the newspaper Sueddeutsche Zeitung that “nothing has been made transparent to us in any way”, and that “so far we have received nothing”.

The statement came as SPD’s lawmakers remain opposed to the Defence Ministry’s plans to buy US warplanes to carry nuclear weapons. The ministry, in turn, insisted that SPD Finance Minister Olaf Scholz and Foreign Minister Heiko Maas had been informed about the matter.

During a visit to Washington in September 2019, Kramp-Karrenbauer reportedly said that the aircraft, which was picked to replace the Tornado, should “seamlessly” resolve the aging planes’ dual role. This stipulates a warplane serving as a fighter-bomber in conventional warfare and maintaining the capability to carry the American B61 nuclear gravity bomb.

Also last year, Berlin scrapped its plans to buy Lockheed Martin's F-35 stealth combat aircraft, which is capable of performing both ground attacks and air missions, in order to replace the Tornados that have been in service since the early 1980s.