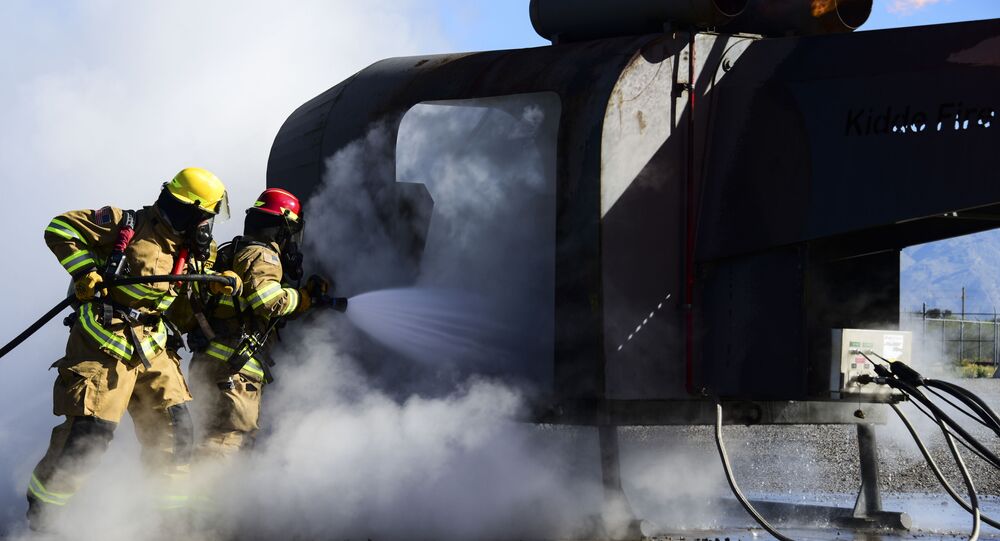 Concentrations of toxic PFAS firefighting chemicals are hundreds of times above the safe limit at a US base in Germany, according to a recent report. While the US Army claims there’s little danger of consumption, that’s small comfort for the locals.

According to a recent US Army report published by German officials after the Army missed the publication deadline, the concentration of per- and polyfluoroalkyl substances (PFAS) found in the soil near training sites that used the chemicals at the Katterbach Kaserne facility in southern Germany are up to 225 times higher than what is considered safe.

While the US Environmental Protection Agency (EPA) has set a non-enforceable health advisory level of 70 parts per trillion (ppt) on PFAS, other studies have suggested the safety threshold for drinking water should be about 700 times lower than the EPA’s standards.

Dani Johnson, a spokesperson for the base, told Stars and Stripes the contaminated soil was found “only inside the airfield fence in the vicinity of the former fire training pit.” The site is not located near a drinking water source nor an area “routinely transited,” according to Johnson, but it is just 700 feet from an elementary school playground, Stars and Stripes noted.

The training facility is close to US Army Garrison Ansbach, where more than 8,000 US soldiers live, and just 3 miles from the German town of the same name, which is home to some 40,000 people.

Johnson told the outlet there was no sign the chemicals were being moved around by the wind, although the Army’s report did note the danger of powerful winds, such as those generated by a helicopter’s rotors, stirring up PFAS particles in the dirt.

The Army began an investigation of PFAS at Katterbach Kaserne in 2017, and the study published earlier this month was concerned specifically with remediation.

The US military began using PFAS-containing fire retardants in the 1970s after a disastrous fire about the aircraft carrier USS Forrestal in 1967. When an accidental weapons discharge caused the external fuel tank on an aircraft - which the late Sen. John McCain claimed was his - to explode, spewing jet fuel across the flight deck. The blaze raged deep inside the ship for hours, killing 134 sailors and injuring 161 others.

The safety regulations adopted after the disaster included the use of foam based on the ultra-effective, but also ultra-toxic, PFAS family of chemicals.

“We intend to install wells at strategic locations to pump and treat the contaminated groundwater before it leaves the base, but the acquisition of funds, scope of work, awarding of contracts, etc. will take time,” the report noted.

“The poison has contaminated Ansbach’s waters and soil … [and] we are confronted with a huge remediation problem,” Boris-Andre Meyer, an Ansbach politician from Die Linke party, told Stars & Stripes.

Because they take so long to break down, PFAS are sometimes called “forever” chemicals. They have been detected at 678 military installations inside the United States; no comprehensive data exists for overseas US bases.

As a result of the highly publicized toxic effects PFAS chemicals have on those exposed to them, a bipartisan Congressional PFAS Task Force has inaugurated an effort to push the Pentagon away from using the chemicals as fire retardants.

A letter by 22 US lawmakers from both the Republican and Democratic parties was sent to the House Armed Services Committee earlier this month urging a serious anti-PFAS effort to be included in the 2021 National Defense Authorization Act. The effort would include a promise to look for less toxic alternatives as well as provide testing and care for those who may have been exposed to the chemicals, and remediation of the affected environment.

Poisoned With Fear: How 'Forever Chemicals' Change Lives in US State of North Carolina