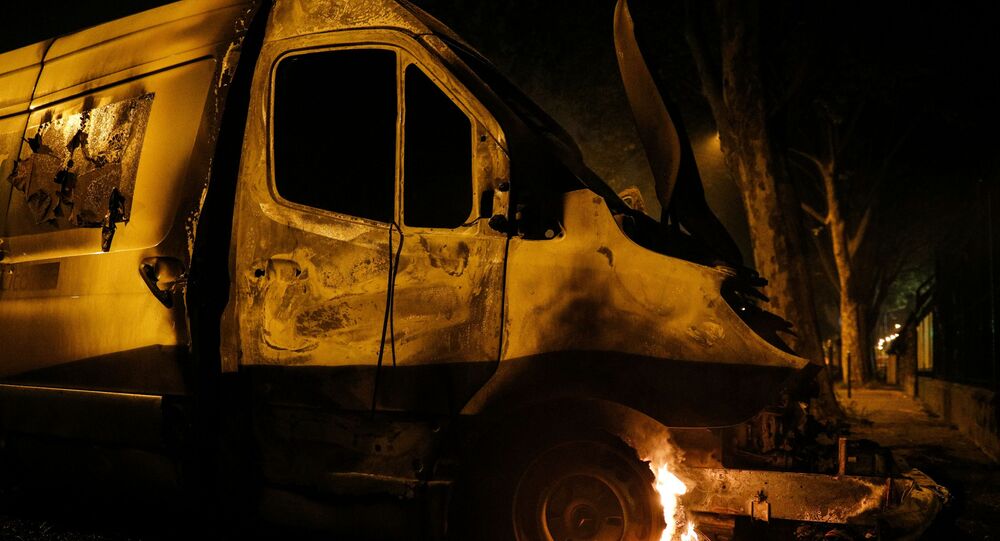 On 19 April, riots broke out in the suburbs of Paris following an accident where a 30-year-old motocyclist was seriously injured after he collided with a police car, with circumstances of the incident still being reviewed.

The Daily Mail has misleadingly branded anti-police clashes in Villeneuve-la-Garenne near Paris as "anti-lockdown" riots in the headline of its Monday article, while linking the skirmish to Emmanuel Macron's recent extension of social-distancing orders.

The riots erupted in response to an incident in the evening of 18 April, when a 30-year-old motorcyclist was seriously injured after colliding with the open door of an unmarked police car. The man, whose leg was severely fractured in the incident, was successfully operated on on Sunday but was planning to file a complaint against the police.

According to the local authorities, the police opened the car's door in order to detain the man, who was riding at a high speed. However, according to witnesses' accounts and videos on social media, the door could have been opened deliberately in order to stop the motorcyclist. The incident is currently being investigated.

Following the incident, riots broke out in the Parisian suburb of Villeneuve-la-Garenne and continued through Sunday. They erupted again on Monday night, with protesters alighting cars and furniture on the streets and firing fireworks, while local law enforcement rushed into the areas. The videos of the incidents have been extensively circulating on social media.