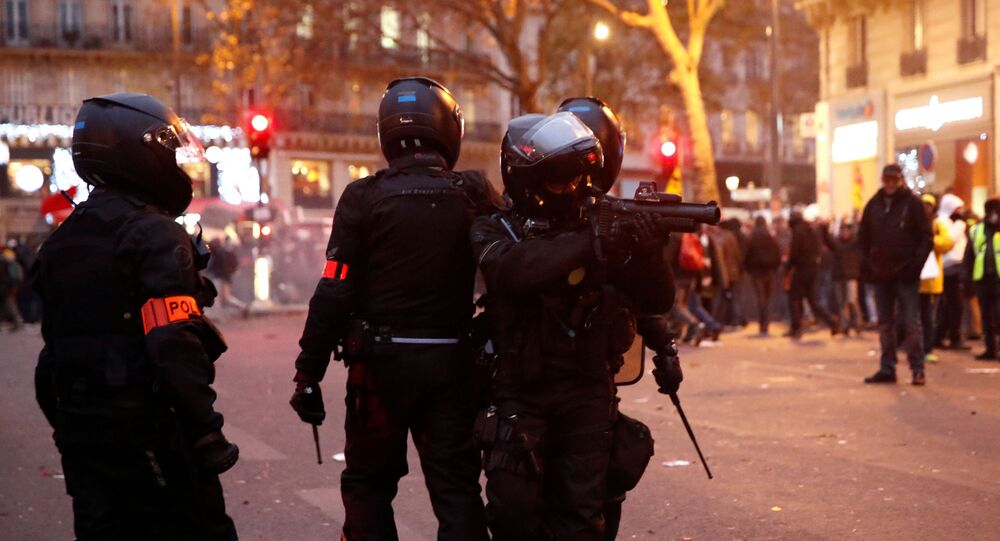 Riots erupted in Paris suburbs on Saturday after a 30-year-old motorcyclist was seriously injured following a collision with a police car.

Anti-police riots continued for a second night in the Parisian suburb of Villeneuve-la-Garenne on Sunday, with law enforcement rushing into the area as fireworks were fired on roads and from buildings.

The skirmish first erupted after a 30-year-old motorcyclist was severely hurt when he collided with the open door of a police car in Villeneuve-la-Garenne on Saturday. The incident, which is under investigation, occurred when a motorcyclist rode at high speed, without a helmet, and the police tried to detain him.

It remains to be determined whether the door of the car was opened intentionally or by accident.

The two-days long tensions in the Paris suburbs have been captured on camera, with videos being widely circulated on social media:

France has been under a lockdown since mid-March, with President Emmanuel Macron announcing the extension of stringent social distancing measures that have resulted in the closure of restaurants, parks, museums, and shops until 11 May.