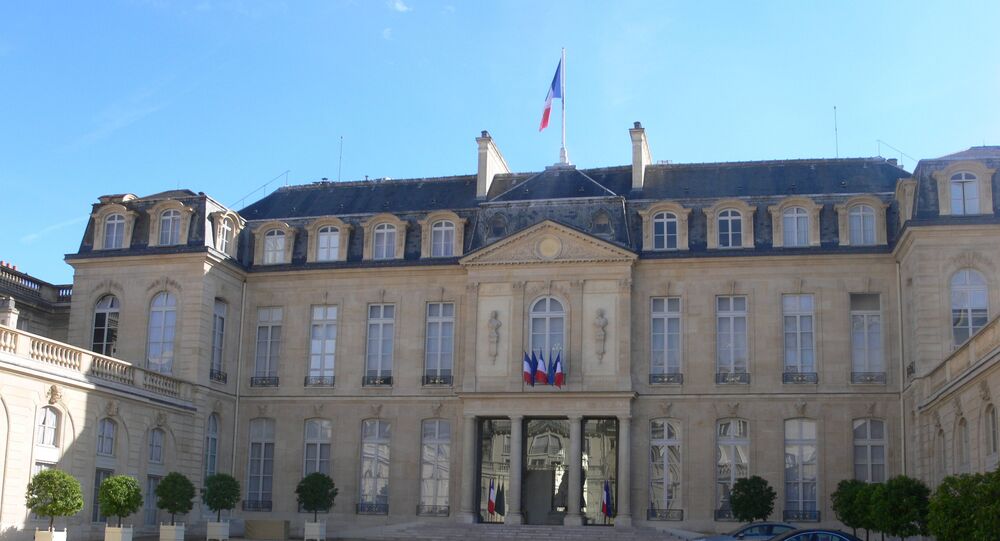 While the new book apparently has quite a lot to say about the times of king Louis XV and President Francois Mitterrand, the author reportedly has "nothing scandalous to reveal" about the current occupants of the Elysee Palace.

While a number of French heads of state had quite a reputation for amorous adventures, it seems that such conduct will not be tolerated today, during the time of campaigns like MeToo.

As historian Jean Garrigues, author of a new book about the Elysee Palace's "scandalous past", has explained, while "the behaviour of French presidents was like that of a monarch", nowadays, treating women as "objects and trophies is no longer accepted in society", The Guardian reports.

"In the past, it was almost a mark of prestige that a man of power like the president had a mistress, almost as a kind of gauge that he was a true leader, even if these dominant males were almost a kind of predator," Garrigues said.

As the newspaper points out, earlier this year, a butler who apparently worked at the French presidential palace for some 40 years, told Le Figaro that things have changed at the Elysee under the Macron administration.

"We’re bored stiff at the Elysée. No one bonks any more. Before you had to knock two or three times at doors to be certain not to interrupt someone in a compromising position", the butler was quoted as saying, while another anonymous witness added that "with this administration, all the libido of power is going into drawing up technical notes."

The book reportedly ends with the "current occupants" of the presidential palace, about whom the author apparently has "nothing scandalous to reveal".

"Not only have mores and mentalities changed, we have seen with recent scandals that the increased media scrutiny and the paparazzi makes it difficult for politicians to pass under the radar as they once could," Garrigues explained. "There was a tradition of keeping quiet in France that protected presidents’ private lives, which is how Mitterrand was able to lead a double life, but that is not possible today. This type of behaviour by presidents is no longer admired".