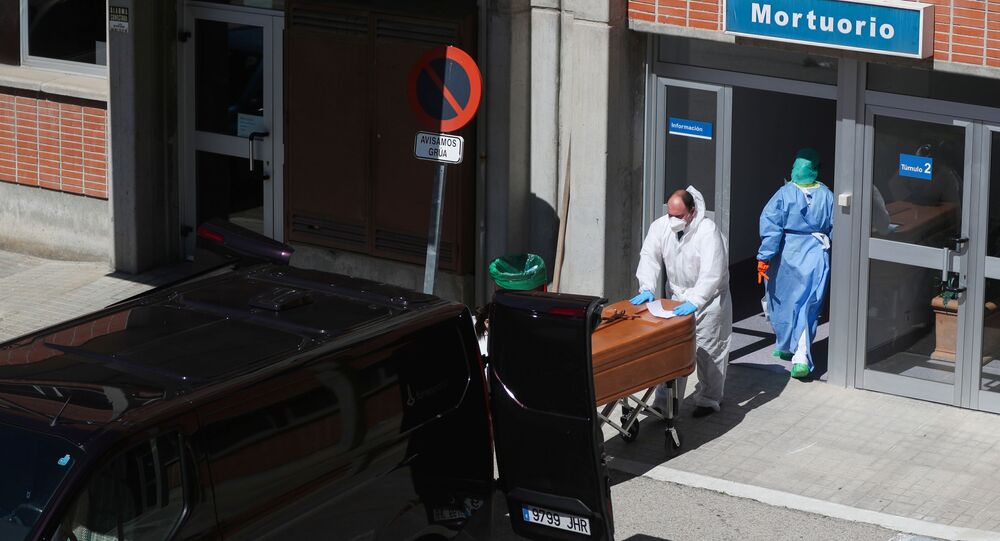 Earlier reports suggested thousands of people have died in care homes across Britain, France, Italy and Spain - Europe’s worst hit countries - with critics pointing to the number of deaths outside hospitals that are not included in official tallies.

Belgium’s model of registering its COVID-19 death toll has suggested that other European countries might be under-reporting their coronavirus fatalities, reported the Daily Mail.

Citing the country’s small population of 11.6 million people, the tabloid quoted the country’s Health Minister Maggie De Block as saying that its high number of daily coronavirus deaths per head of population as compared to other countries is only because of their precise data.

Belgium, having currently registered over 5,450 fatalities according to the Johns Hopkins University, has an average of around 419 deaths per one million inhabitants, according to EURACTIV media network.

Belgium’s neighbours Britain and France post averages of 202 and 274 fatalities per one million respectively, with total reported deaths of around 14,000 and 18,000 to date.

© REUTERS / POOL
French President Emmanuel Macron washes his hands with sanitizer after a visit to the Kolmi-Hopen protective face masks factory, following an outbreak of the coronavirus disease (COVID-19), in Saint-Barthelemy-d'Anjou near Angers, France March 31, 2020.

Unlike many other European countries, Belgium is counting deaths registered outside of hospitals, as well as fatalities when patients displayed COVID-19 symptoms but were not tested for the respiratory virus.

The latter deaths account for almost half of Belgium's total fatality tally. If the method were to be applied in other countries, the true number of deaths from the pandemic there could be double the official figures, writes the Daily Mail.

A report by Belgium’s Federal Public Service for Health is cited as confirming that only 49 percent of deaths took place at medical facilities, with the COVID-19 cases confirmed.

However, according to the data, 49 percent more died in care homes, with at least one per cent dying in other locations.

“In Europe, no country counts like the others. We have the most detailed method,” Belgian Health Minister Maggie De Block was cited as telling television news channel LN24.

Without elaborating on the details, the Minister added that the country might switch to a different method of tallying fatalities in future to allow Belgium to compare its results with other countries, the Wall Street Journal reports.

Emmanuel Andre, a spokesman for national health authorities, supports the Belgian method of counting as "necessary," adding that "the accepted practice is to take suspected cases into account" when tracking an epidemic.

Belgian Prime Minister Sophie Wilmes explained on 15 April that the government had “made the choice of full transparency when communicating deaths linked to COVID-19,” even if it resulted in “numbers that are sometimes overestimated.”

The news comes amidst reports of European countries such as Britain, France, Italy, and Spain neglecting to add fatalities in care homes to the COVID-19 death toll. Critics have been suggesting this signals the likely scale of deaths outside health care services that might be omitted in official tallies.

About half of coronavirus deaths appear to be occurring in care homes in some European countries, according to data presented by UK-based academics based at the London School of Economics (LSE) and cited by The Guardian.

Their data garnered from diverse official sources testified to between 42 percent and 57 percent of deaths from the virus in Italy, Spain, France, Ireland and Belgium happening in care homes.