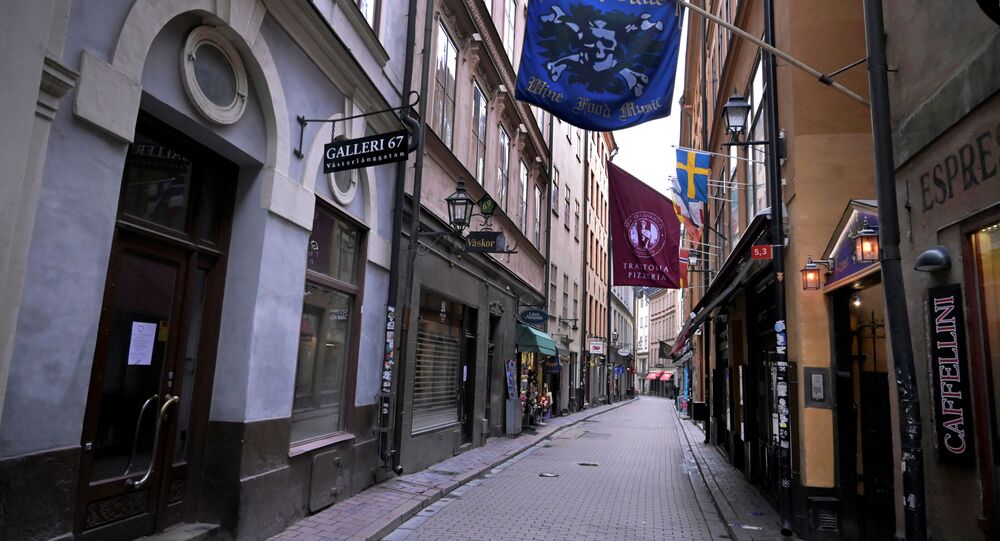 While Sweden's state epidemiologist remains dedicated to advising against lockdowns and to roll out only mild restrictions, other researchers and infection experts believe Sweden is facing a disaster.

There are many indications that Stockholm will develop herd immunity against the coronavirus some time in May, Sweden's state epidemiologist Anders Tegnell claimed, as the authorities said they saw a positive development in the COVID-19 epidemic.

“Our mathematical models indicate that there may be herd immunity in Stockholm at some point in May”, Anders Tegnell told Norwegian national broadcaster NRK.

While 130 people have died in the past 24 hours alone in the country of just over 10.2 million, bringing the total death toll to 1,333, Tegnell claimed he saw a positive development.

“We had expected an upturn after the Easter weekend, but we don't see it. We are still at the level we had a couple of weeks ago,” Tegnell said.

However, while Swedish health authorities say they are in the process of getting control, many scientists and infection experts are ringing alarm bells.

“What is happening now is a dangerous experiment. We can get a very serious situation in Sweden, and especially in the suburbs. There is reason to fear that a disaster is lurking around the corner. It will explode in our faces,” Cecilia Söderberg-Nauclér, a professor at the Karolinska Institute in Stockholm, one of Sweden's leading medical institutions, told NRK.

Söderberg-Nauclér ha,s estimated that there may be nearly half a million infected in a few weeks in Stockholm alone. The virus will continue to spread rapidly through the rest of the country if strict measures are not immediately implemented.

“It goes without saying how the development will be. If one percent of those infected die, which is a cautious estimate, we will have very ugly death rates in Sweden,” Söderberg-Nauclér said.

Söderberg-Nauclér fears that other countries may in the future go so far as to try and protect themselves from Swedish nationals or people who have stayed in Sweden. This may involve, for example, entry restrictions or other measures.

Together with other researchers, she signed an appeal to implement the same measures as in other Nordic countries, including lockdowns. So far, Sweden has mostly proceeded in a business-as-usual mode, with only mild and mostly self-imposed restrictions in place.

Söderberg-Nauclér thus gives full support to one of Sweden's leading pandemic experts, Björn Olsen of the Uppsala University, who last week claimed that Sweden was on its way to a “tragedy” with thousands of deaths.

According to Söderberg-Nauclér, however, both the academic community and the Swedish population are divided. Many support the authorities' line, whereas a significant proportion of Swedes believe the current line must be tightened, paving the way for a hot debate.

“Many are furious at me. They call me an idiot and a crazy alarmist. It's difficult in Sweden now,” Söderberg-Nauclér concluded.

Meanwhile, despite mounting criticism, Anders Tegnell stays firm in the government's strategy, which he described as “slowing the spread” and called “very sustainable”. While denying that deliberately reaching herd immunity was the method, Tegnell suggested it was the only way of stopping the epidemic.

Johnny Ludvigsson, chief physician and senior professor at the Department of Biomedical and Clinical Sciences at Linköping University, maintained in an opinion piece in the Dagens Nyheter daily that the Swedish no-lockdown strategy will save more lives in the long run.

So far, however, Sweden has had more COVID-19 deaths than the rest of Scandinavia combined. Amid the expected spike in the number of patients, Sweden's medical institutions have de-prioritised elderly people and people with multiple illnesses from intensive care in the even of lack of hospital beds.