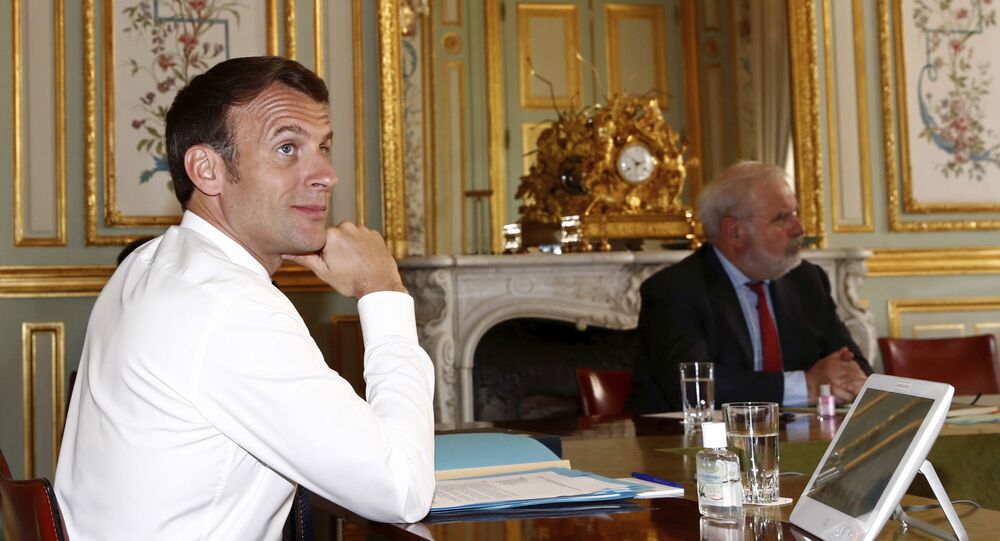 Europe Has 'No Choice': Macron Calls For Fund That Could ‘Issue Common Debt With Common Guarantee’

In an interview with the Financial Times, Macron also said that without such a fund, populists will prevail in Italy, Spain, as well as possibly in France and elsewhere.

European nations have “no choice" but to establish a fund that could “issue common debt with a common guarantee”, French President Emmanuel Macron told the Financial Times.

Speaking via a video link from the Elysée Palace, the French president said that the European bloc is facing a “moment of truth” where it should decide whether the union is more than just a single economic market.

According to Macron, the absence of common ground during the pandemic has the potential to spark populist discontent in certain European nations.

The French head of state believes that the EU could collapse as a "political project" unless it backs fellow members that have suffered the most from the coronavirus, such as Italy.

“If we can’t do this today, I tell you the populists will win — today, tomorrow, the day after, in Italy, in Spain, perhaps in France and elsewhere”, he said. “I believe [the EU] is a political project. If it’s a political project, the human factor is the priority and there are notions of solidarity that come into play . . . the economy follows on from that, and let’s not forget that economics is a moral science”.

France is at the forefront for establishing a €400bn joint fund to alleviate the economic repercussions of the lockdown regimes imposed in the European Union.

While several nations, including including the countries hit the hardest by coronavirus such as Italy and Spain, favour the creation of such a fund, other nations, including Germany, the Netherlands and other northern European countries oppose it arguing that it would burden their taxpayers, who will have to be liable for other states' borrowings.

Europe is currently the worst-affected region in the world by the new coronavirus, counting 1,013,093 cases according to data provided by the World Health Organisation as of 7:00 pm CEST