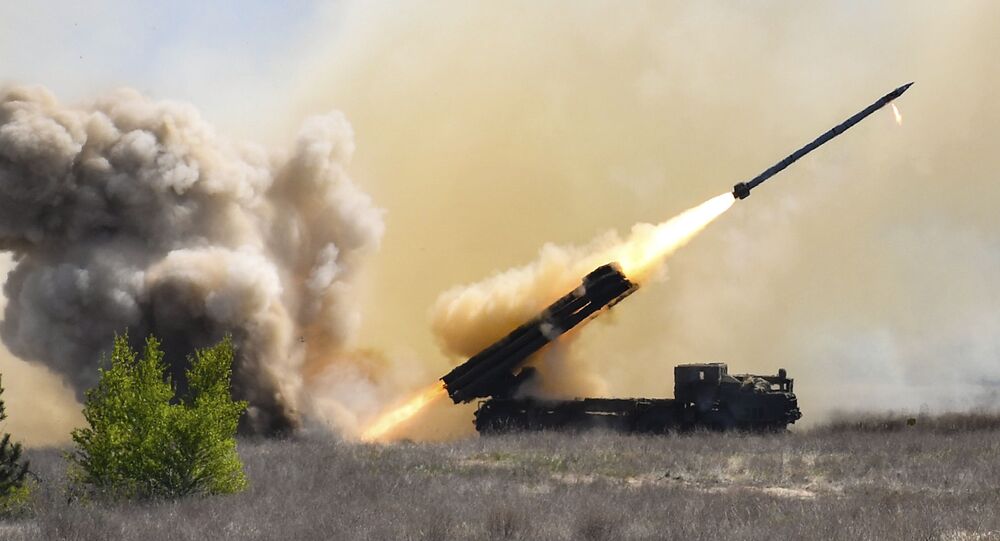 In November 2019, political analyst Taras Zagorodniy told the Ukrainian news outlet Glavred that Kiev should develop missiles capable of striking at Russian nuclear power plants in order to prompt an atomic explosion there.

The Ukrainian media outlet Censor.net has quoted Leonid Shiman, head of the country's Pavlograd Chemical Plant, as saying that Kiev may use the Olkha multiple launch rocket system in order to attack Russian infrastructure facilities. Olkha is reportedly based on the Soviet-made multiple rocket launcher Smerch.

“Olkha may strike at its [Russia's] critical infrastructure, including ‘Kamensky’”, Shiman said referring to an oil refinery based in the city of Kamensk-Shakhtinsky in Russia’s Rostov Region.

He also said that after Kiev stopped financing his plant earlier this year, he had to lay off at least 687 people who worked at the factory which deals with processing and utilising rocket fuel.

Shiman pointed out that solid rocket fuel is needed to produce all kinds of Ukrainian missiles, including Olkha. According to him, without this missile, it would be impossible “to hit the enemy’s rear”.

The remarks come after Censor.net reported in February in an apparent nod to Olkha that the Ukrainian Armed Forces had received "formidable weapons" allegedly capable of “burning out” Russian troops “in the event of an invasion”.

“Two regiments of 200 such missiles could be a powerful force to help cause damage to Russia. And it will be almost a nuclear weapon [because] one such missile may strike at a nuclear power plant located on Russian territory; it will actually be an atomic explosion”, Zagorodniy asserted.

The comments came amid simmering tensions between Moscow and Kiev, which has repeatedly accused Russia of meddling in the conflict in eastern Ukraine, allegations that Russian authorities deny.

In June 2019, Russian President Vladimir Putin expressed hope in an interview with the network Mir that the new Ukrainian leadership under President Volodymyr Zelensky would be able to take action to improve its relations with Moscow.