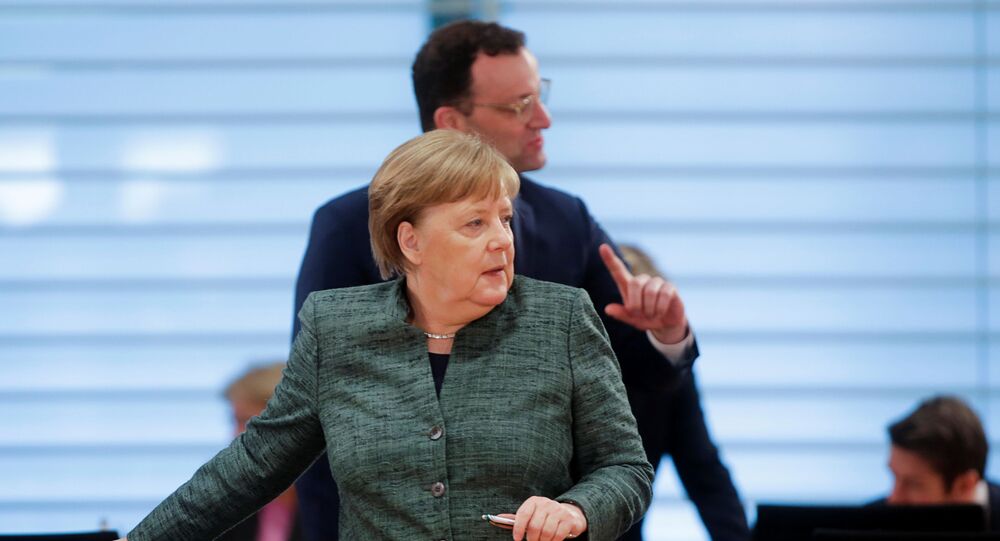 While Germany has fared relatively better than the worst-hit European countries, it has still registered over 123,000 COVID-19 cases and over 2,500 fatalities since the start of the outbreak.

The German cabinet, Chancellor Angela Merkel, and the heads of country's states will in the coming days discuss the situation with the coronavirus outbreak and whether the lockdown measures, such as closing all non-essential businesses, should be prolonged or eased. The discussion will be determined not only by the recommendations of the German National Academy of Sciences, but apparently also by the positions of the heads of Germany's states.

As the country saw a reduction in the number of new cases over the weekend, 4,133 and 2,821 compared with 5,323 on 10 April, Armin Laschet, the governor of North Rhine-Westphalia, suggested that small retailers should be given the opportunity to reopen their businesses if they stick to "a responsible return to normalcy" and said that he had sent his suggestions to Chancellor Merkel. His remarks come as North Rhine-Westphalia remains the worst-hit region of the country, with 24,883 COVID-19 cases as of 13 April, according to the Robert Koch Institut.

© REUTERS / Andreas Gebert
An employee of German biopharmaceutical company CureVac, demonstrates research workflow on a vaccine for the coronavirus (COVID-19) disease at a laboratory in Tuebingen, Germany, March 12, 2020

At the same time, Dietmar Woidke, the head of Brandenburg state, which has reported only 1,880 cases, called for a more cautious approach toward lifting the quarantine restrictions. He suggested that this could undermine the country's efforts to stop the pandemic.

Merkel will be discussing the recommendations of the German National Academy of Sciences on 14 April with her cabinet and will have a dial-in online conference with the heads of the 16 states on 15 April to discuss the terms of ending the quarantines and helping the German economy. The latter is projected to lose around 9.8% of GDP in the second quarter, according to Reuters, a blow that the country's economy did not see even during the financial crisis of 2008-2009.

© REUTERS / POOL
'Many Have COVID-19 and Don't Even Know It' - Coronavirus Survivor From Freiburg, Germany

According to a 12 April report from the World Health Organisation, Germany is coping with the outbreak better than Spain and Italy, which are the worst hit in Europe in terms of the infection's spread, and better than France and the UK in terms of fatalities. The country had registered 123,016 cases and 2,799 deaths from the coronavirus by 13 April, according to the Robert Koch Institut.