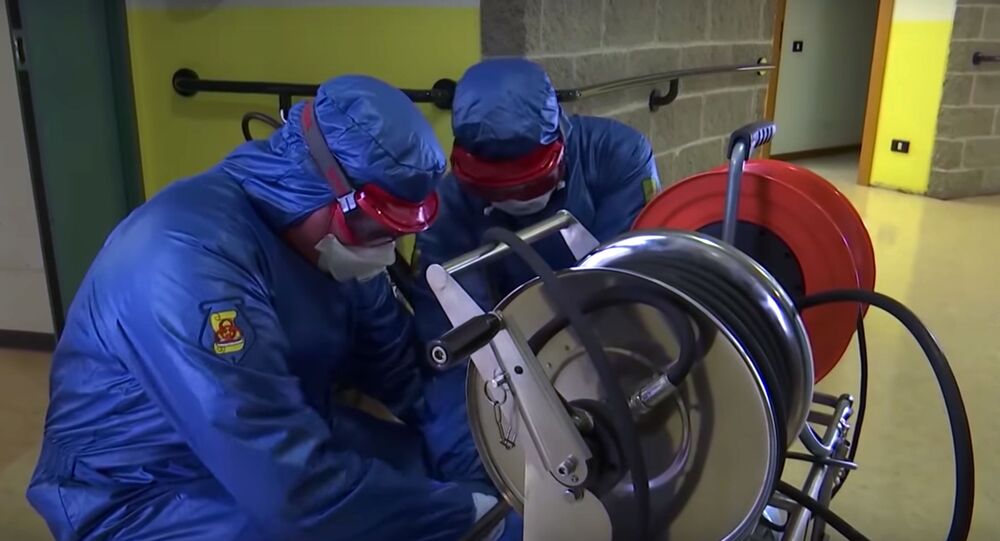 “Russian military experts, together with the military personnel of the radiation, chemical and biological protection unit of the Italian armed forces disinfected retirement homes in three towns of Lombardy: Costa Volpino, Sovere, and Lovere,” the statement read.

Earlier this week, the Defence Ministry said that Russian and Italian military medics have begun to receive and treat patients diagnosed with COVID-19 at a field hospital in Bergamo, one of the most affected cities in the Lombardy region.

Over 200 Russian and Italian medical professionals are providing round-the-clock treatment at the field hospital, which has 142 beds.

In a video message shown at the virtual edition of the St. Petersburg International Legal Forum that is being held this weekend, Lina Rubino, vice-secretary general of the Italian Supreme Court, praised Russian doctors for their efforts in working to curb the spread of the disease in Italy.