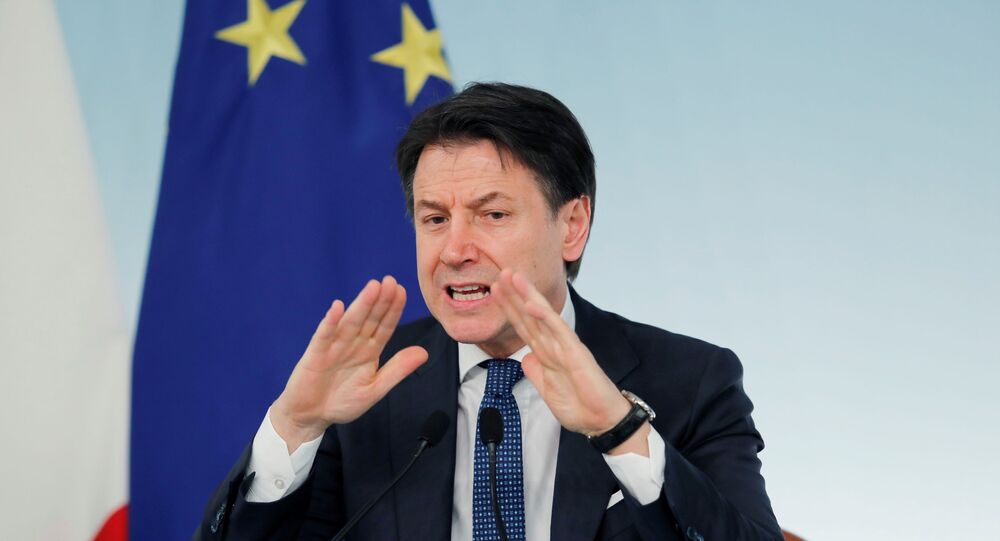 A deal reached by the Eurogroup on the coronavirus economic package is 'still insufficient', Italian Prime Minister Giuseppe Conte said.

He added that he will not sign any deal on the coronavirus economic response package at the European Council until adequate measures are suggested.

Italy believes that euro bonds are the best way to address the economic response to the coronavirus crisis, Mr Conte said.

Eurozone finance ministers had a teleconference on Wednesday that failed to come up with an agreement on the economic package to tackle the crisis caused by the coronavirus pandemic.

The next day, German Chancellor Angela Merkel said that she talked to Italian Prime Minister Conte. After the talks, Merkel said that they 'agreed that there is an urgent need for solidarity in Europe'. However, the chancellor added that Germany believes that the euro bonds are not the only measure to cope with the crisis,

"I don't believe we should have common debt because of the situation of our political union and that's why we reject this," she added during a news conference.