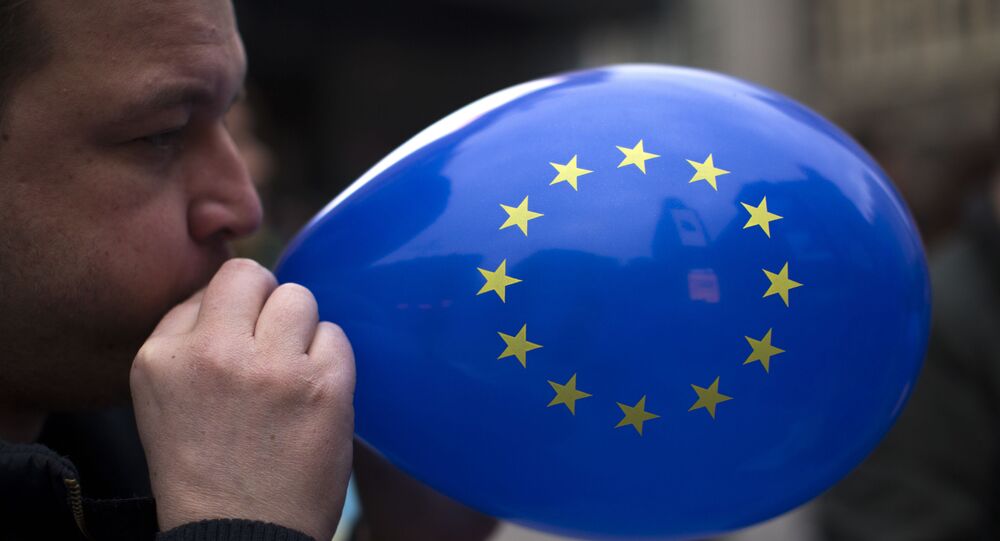 Mauro Ferrari was appointed as the head of the European Research Council (ERC) on 1 January. The agency said that Ferrari had "displayed a lack of engagement" by failing to participate at important meetings and not defending the organisation’s programmes.

The European Union’s chief scientist resigned on 7 April, saying that he is "extremely disappointed" by Brussels’ response to the coronavirus pandemic. In a letter posted by the Financial Times, Ferrari said that he had proposed to establish a special programme aimed at combatting the disease, but noted that his suggestion was unanimously rejected by the board of the European Research Council.

"I thought that at a time like this, the very best scientists in the world should be provided with resources and opportunities to fight the pandemic, with new drugs, new vaccines, new diagnostic tools, new behavioral dynamic approaches based on science, to replace the oft-improvised intuitions of political leaders. The proposal was rejected unanimously by the governing body of the ERC, without even considering what shape or form it may take, and to such an extent that my presidency became fully opposed by them, in every respect", Ferrari wrote in his statement.

The 60-year-old said that the ERC’s board explained its decision by pointing out that the organisation adheres to the “bottom-up” principle, meaning that scientists themselves decide what projects need funding. Ferrari said that the European Commission does have "top-down" programmes, but noted that "at times like these, the very best should pick up their best weapons, and go to the frontier".

In response, the ERC said that Ferrari had resigned following a "unanimous vote of no confidence". The organisation said that it rejected his proposal because it was outside the remit of the agency and noted that he had spent too much time in a laboratory in the United States and went over their heads to talk to European Commission President Ursula von der Leyen.

Europe has become the epicentre of the coronavirus epidemic, with almost 700,000 confirmed cases. Across the world, more than 1.4 million people have contracted the disease.