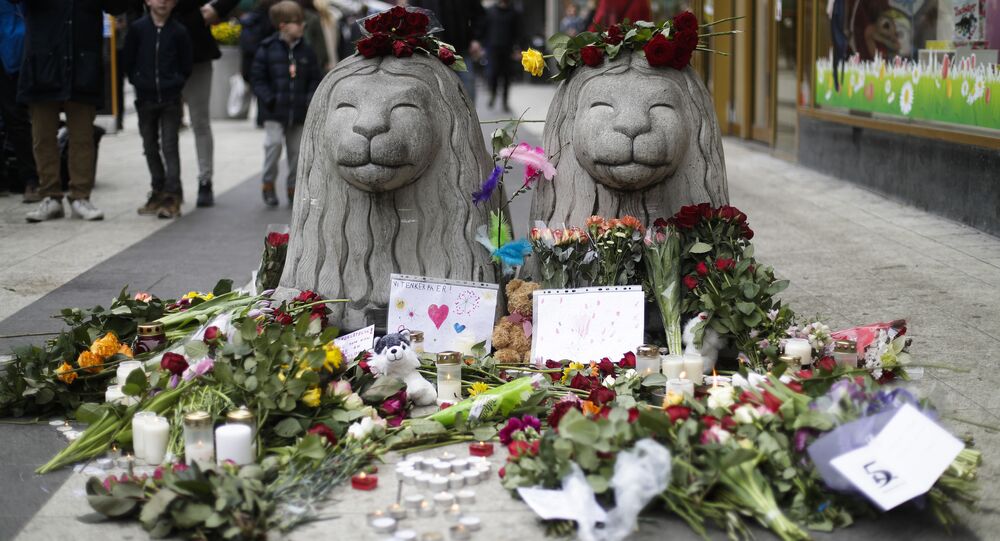 In its recent yearbook, Sweden's Security Police broadened the definition of “right-wing extremism” to include resistance to LGBT activism and criticism of feminism, blaming internet free speech and the digitalisation of society for facilitating the spread of what is considered “extremist” propaganda.

Three years ago, Islamist terrorist Rakhmat Akilov rammed a crowd with a truck, killing five, including a little girl. During the trial, he was described as a “full-fledged ideologically convinced jihadist”.

When questioned about the current threats Sweden is facing on the anniversary of the attack, the Swedish Security Police (Säpo) warned of an “extremely active” right-wing extremist threat. A Säpo spokesman suggested that it was indistinguishable from the Islamist threat because it “carried the same propaganda message”.

“It's hard to differentiate between the two. Because we see a tremendous amount of activity linked to the violent right-wing extremist environment. With a propaganda similar to the what [Daesh*] had going”, Säpo chief of counterterrorism Fredrik Hällström told TV4. According to him, their method is to create a problem and stir polarisation in society.

In its recent yearbook, Säpo noted a development in which “violence-promoting right-wing ideology”, saying it has increased. The threat of Islamist extremism, by contrast, was reportedy waning, the same report suggested.

In the yearbook, Säpo also took the initiative to broaden the definition of “right-wing extremism”. In the words of senior analyst Ahn-Za Hagström, its values are much broader than “racism and xenophobia” and allegedly include nationalism, resistance to LGBT activism, and criticism of feminism. Even internet free speech was seen a major problem. According to Säpo, the digitalisation of society has facilitated the spread of what is considered “extremist” propaganda.

At the same time, Sweden remain one of Europe's leaders in terms of jihadists per capita, having provided about 300 “Daesh travellers”, as they are sometimes referred to in official parlance. About half of them have returned “home”, with almost none facing prosecution for crimes committed in the Middle East. Several, however, were later convicted of crimes committed upon return to Sweden.

Uzbek asylum seeker Rakhmat Akilov, who after pledging allegiance to Daesh hijacked a truck and deliberately ran over a crowd in central Stockholm, killing five and injuring 14, was later convicted of murder and terrorist crimes and sentenced to life in prison. If released, he faces deportation to Uzbekistan and lifetime expulsion from Sweden.