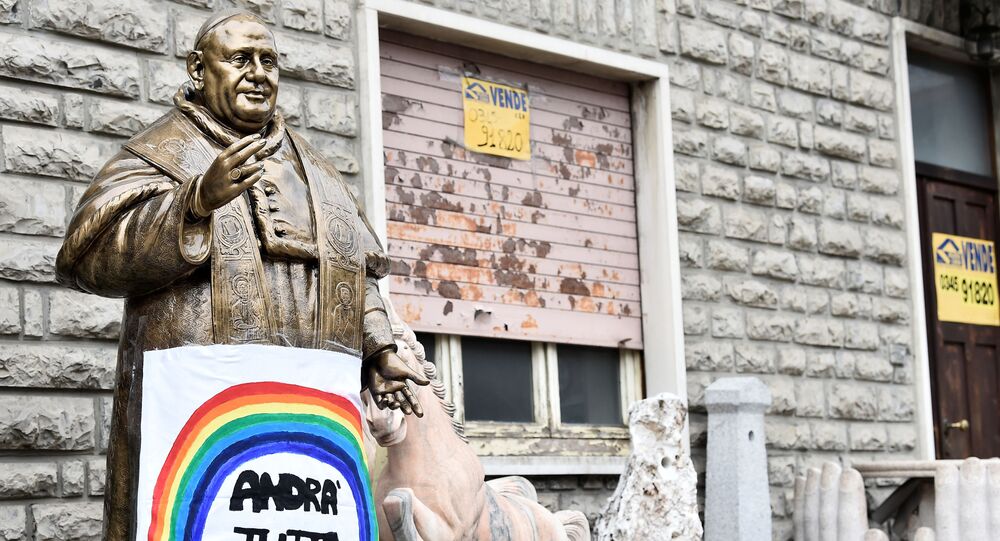 ROME (Sputnik) - The outbreak of the coronavirus in northern Italy is slowly receding, but life will not get back to normal until a vaccine against COVID-19 is developed, Deputy Health Minister Pierpaolo Sileri said on Tuesday.

"A tsunami that struck northern Italy is gradually receding. And the ban on movement prevented it from spreading south", Sileri said, as aired by the local Radio Capital broadcaster, adding that people will return to "a real normal life, such as kisses and hugs" as soon as a coronavirus vaccine is developed.

The deputy minister, who was cured of the disease, added that people must still be careful and responsible, which will be important in reopening enterprises and institutions. There should be guarantees of maintaining distance and wear masks, he noted,

© Sputnik / Russian Defence Ministry
Russian Military Doctors Begin Receiving, Treating COVID-19 Patients in Italy’s Bergamo
Northern Italy has become the epicentre of the nation's outbreak, recording the highest numbers of COVID-19 cases. Namely, the northern region of Lombardy has been the most affected area of the country. In a bid to curb the pandemic, Italy has been on a nationwide lockdown since early March and is still struggling to fight the disease.

Despite its best efforts, the country has the highest death toll in the world, which as of Monday, has exceeded 16,500. Meanwhile, the total number of those infected has surpassed 132,000.