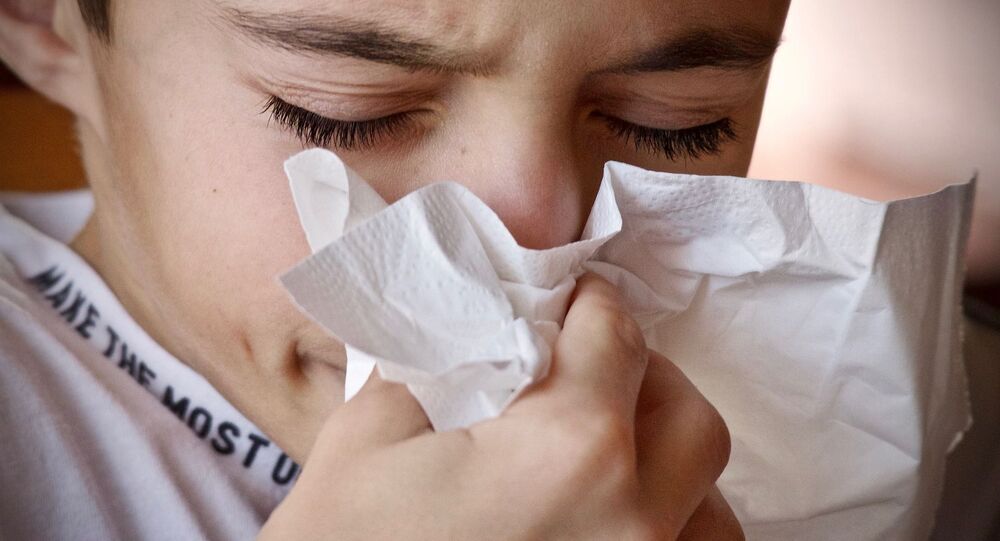 Сoronavirus Aerosol Can Be Airborne for Several Minutes – Finnish Research

Given the new find, researchers emphasised the importance of following the recommendations to stay at home, practice self-distancing, and to wash one's hands frequently.

Coronavirus droplets ejected when a person coughs, sneezes, or even speaks can remain floating in the air for minutes instead of immediately sinking to the ground, according to new Finnish research.

The team included dozens of scientists from flow physicists to virologists, as well as experts in medical technology and infectious diseases, and the research focused on tiny small aerosol particles that are released and travel on air currents.

The study modelled how novel coronavirus might spread in a trip to the supermarket by an infected person who coughs between the aisles, releasing a cloud of droplets. Such minute particles do not sink to the ground, but float about on air currents or remain suspended in the air.

All of the research groups arrived at the same initial conclusion: the aerosol cloud spreads farther than the immediate vicinity of the infected person. While the cloud will indeed dissipate over time, that process could take minutes, even using a ventilation system typically in place in supermarkets.

“If someone infected with coronavirus coughs and walks away and some one else nearby comes over, aerosol particles containing the virus could end up in the other person's respiratory tract”, Aalto University associate professor Ville Vuorinen explained.

The movement of the droplets and their ability to remain suspended in the air were modelled using a supercomputer, and a 3D model was created. The modelled findings as such were already known. The goal of the research consortium was to use visualisation to provide a better understanding of how aerosol particles behave.

“Visualisation of the invisible particles containing the virus is extremely important, so that we can better understand the spread of infectious diseases and the phenomena behind it, now and in the future”, Vuorinen noted.

No new recommendations can yet be issued on the basis of the initial results, as the findings highlight the importance of the guidelines already provided, THL senior specialist Jussi Sane said.

The Finnish Institute for Health and Welfare (THL) has reiterated its recommendations to maintain physical distance in public places, cough into a sleeve or tissue and keep good hand hygiene. People who are sick should stay at home.

Meanwhile, work on the model will continue. Infectious disease specialists and virologists will examine the models in light of new information about coronavirus infections and the virus itself. The consortium will also be further strengthened when two Swedish universities come on board the project.

So far, Finland has had 2,176 cases, more than half of which are in the capital area. In relation to Finland’s total population of 5.5 million, the prevalence of cases is 39 per 100,000 people. Some 27 people have died of the disease, with the median age for fatalities at 84.