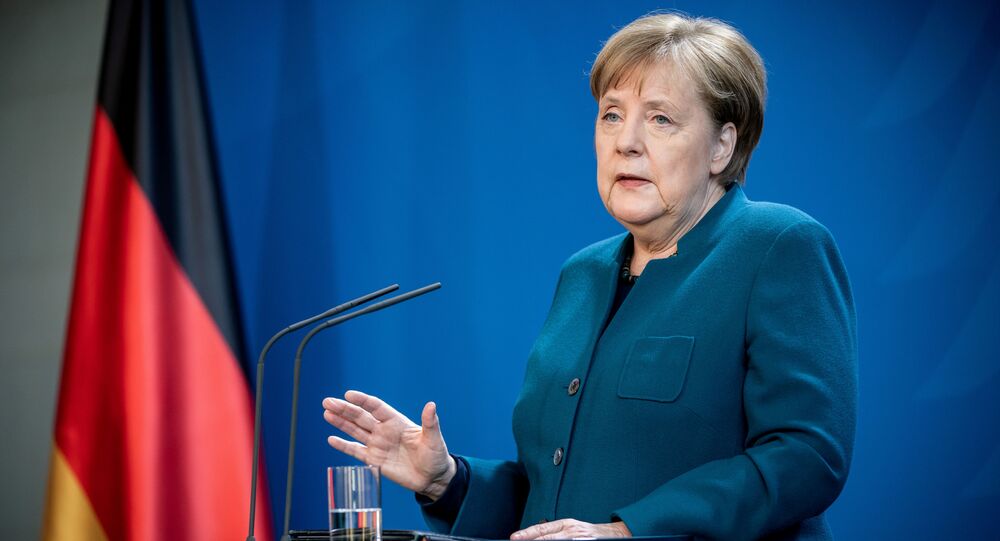 The chancellor previously announced that her fourth term would be her last and stepped down as party leader of the CDU. The latter position was then assumed by Defence Minister Annegret Kramp-Karrenbauer, who was expected to replace Merkel as chancellor, but recently announced that she will not pursue the post.

The German chancellor's chief of staff, Helge Braun, has dismissed reports that Angela Merkel will seek a fifth term in her post, saying that to his knowledge, Merkel hasn't changed her mind about leaving office in 2021.

"I don’t think this is any time to discuss something like that. She has said that this is her last term in office and I believe nothing has changed about that", he said.

Braun's response comes two days after the German tabloid BILD suggested that Merkel might run for office again in 2021 amid her apparent success so far in handling the coronavirus outbreak, citing anonymous officials who said they were "really glad" that she was in office when the disease struck. Germany has recently seen a decline in the daily rate of infections and deaths, although new cases are still emerging.

Angela Merkel announced in October 2018 that she would be stepping down as the CDU party leader that same year and wouldn't run for the chancellorship again after her term ends in 2021. Annegret Kramp-Karrenbauer, now the German defence minister, replaced her as the CDU leader and was widely regarded in the German media as Merkel's likely successor.

Kramp-Karrenbauer, however, announced in 2019 that she will not be pursuing the position of chancellor in 2021 and added that she will remain the party leader until a new candidate is found. Merkel "greatly" regretted her decision, which, as she suggested, was an "uneasy" one, but thanked Annegret Kramp-Karrenbauer for sticking with the CDU to "steer the process of choosing a successor".

German Finance Minister Scholz to Speak In Parliament Instead of Merkel

Germany's Merkel Ends Her Self-Quarantine and Returns to Chancellery