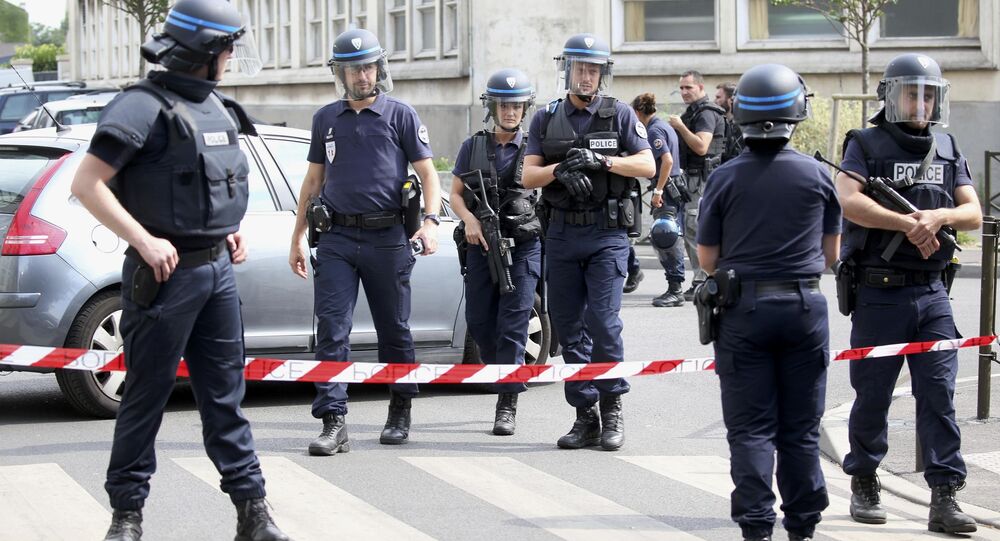 Witnesses have shared that the Sudanese-born perpetrator, who carried out a knife attack in the southeastern French town of Romans-sur-Isère, was unhappy about the obligatory self-isolation measures introduced by the government to curb the spread of the highly contagious COVID-19.

A source told AFP citing the witnesses that “the attacker felt unwell due to self-isolation”. “He was angered by the situation”, they stressed.

According to the city council, two people were killed and five others injured as a result of the knife attack in a store on 4 April.

The assailant was shortly thereafter detained. During questioning, the man shared his name was Abdalla Ahmed Osman and confirmed earlier reports that he was born in Sudan in 1987.

According to AFP, Osman, who is reportedly due to undergo psychological tests, told investigators that he “doesn’t remember what happened”. Some reports say, quoting the results of the preliminary investigation, that the man shouted "Allahu Akbar” as he attacked the people queuing in the store.

French Minister of the Interior Christophe Castaner portrayed the assailant’s act as “embarking on the road of terrorism”, but called to wait for the official assessment by the prosecutor’s office in order to know for sure if it was justified to call the rampage an act of terrorism.

The attack came as citizens around the globe have been universally recommended to stay in and work from home, staying away from now closed public venues to stamp out the spread of COVID-19. The number of overall cases has to date hit 1,133,000, per WHO statistics.