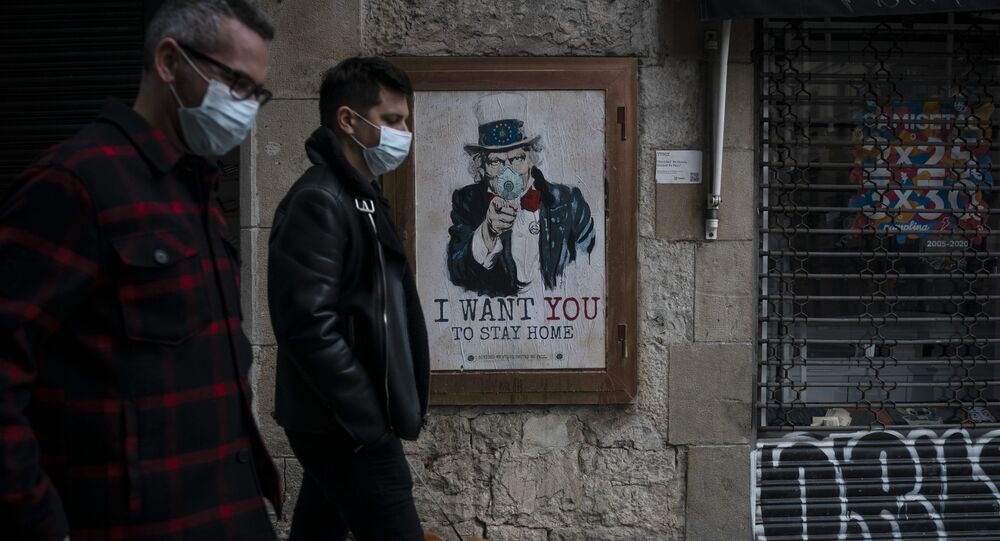 Earlier this day, the Spanish Health Ministry reported that the death toll from the coronavirus had risen to 11,744 this day from 10,935 the previous day.

Spain's El Pais outlet reported on Saturday that the Spanish prime minister has decided to extend the state of emergency over the coronavirus pandemic until 26 April.

According to the TVE broadcaster, Prime Minister Pedro Sanchez is now holding consultations on the issue with leaders of the country's biggest parties. Earlier in the day, he met with members of Spain's coronavirus response centre.

The high alert regime was imposed in Spain on March 14 for 15 days. On March 26, it was extended until April 11. People are allowed to go outside only to buy food or medication, get to a hospital, help people in need, and get to work. The government decided to stop all non-essential activities until April 9.

© REUTERS / Michael Dwyer
Live Updates: New York State Reports Record 10,841 New COVID-19 Cases, 630 New Deaths
Earlier in the day, the country's health ministry stated a total of 809 people died from the disease over the past 24 hours, while the total number of confirmed cases in the country has reached 124,736.

According to the recent official data provided bu the World Health Organisation, the total number of people infected with COVID-19 reached 976,249 as of Friday, while the number of fatalities reached 50,489.