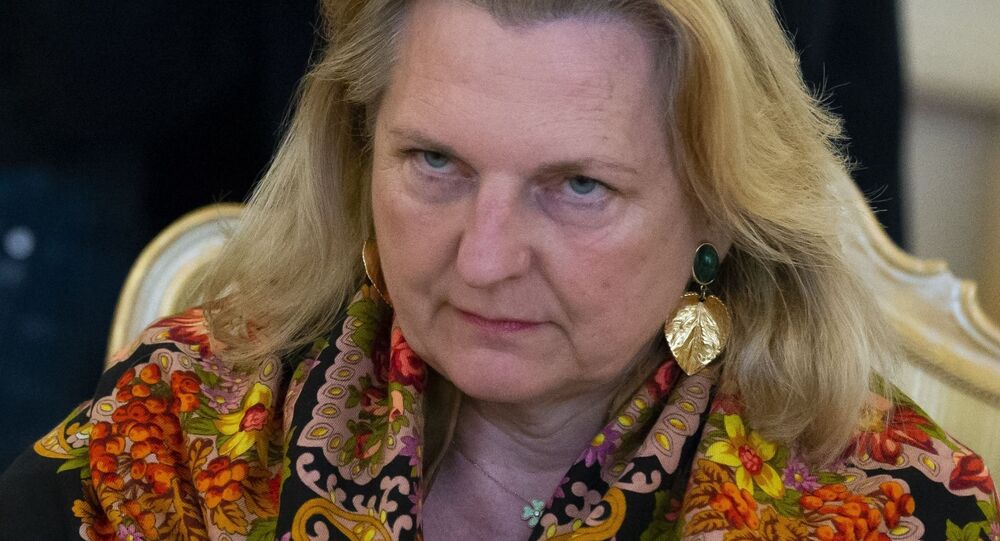 As the deadly coronavirus continues to spread, people have been taking precautionary measures, including self-isolation – a move that some find hard to deal with.

According to a pending lawsuit, Mrs Kneissl hit her husband several times in the chest and after that, the latter slapped her twice in the face.

Police have prohibited Mr Meilinger from living in the same house as his wife or to approach her, also confiscating his gun. At the same time, Mr Meilinger claims that he didn't want to slap his wife but only tried to calm her down as she was stressed due to self-isolation amid the coronavirus outbreak.

© AP Photo / Rich Pedroncelli
UFC Model Fighter VanZant Sends Shockwaves With Naked Late-Night Workout While in Self-Isolation
Commenting on the situation, Mrs Kneissl said that she regrets the information leaked to the press.

Earlier, the UN's Special Rapporteur on Violence against Women Dubravka Šimonović stated that the threat of domestic violence may increase amid the self-isolation regime imposed in countries worldwide. The official has also urged authorities to assist women who suffer domestic abuse during self-isolation.

The wedding between Karin Kneissl and Wolfgang Meilinger took place in August 2018 and was attended by Russian President Vladimir Putin. Apart from dancing with the bride, the Russian president shouted "Now a kiss!" in German, and signed his name on the newlywed's car.