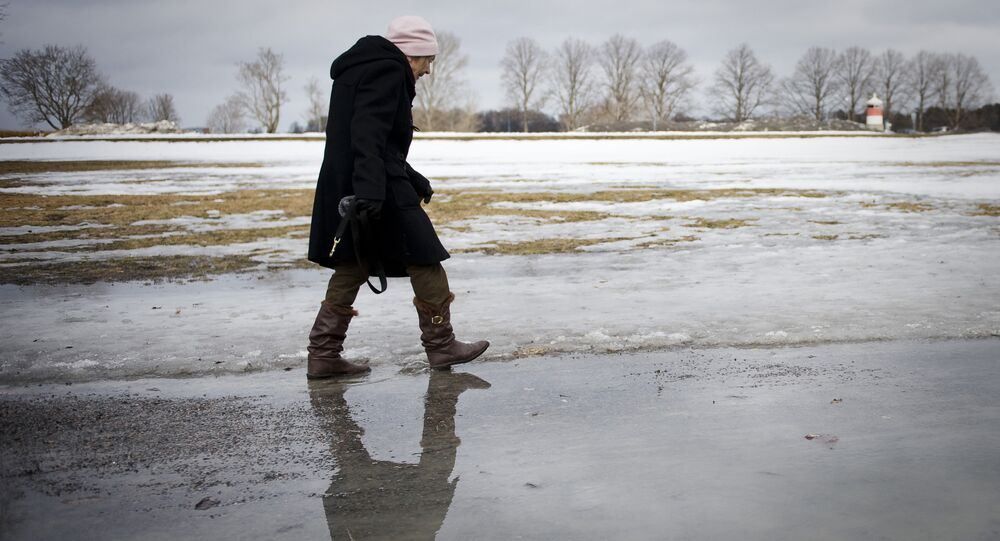 In some places, the problem is exacerbated by the lack of protective material, which may run out after several days or hours at worst, healthcare professionals admitted.

The situation in Stockholm's retirement communities and nursing care homes is alarming, as over 400 COVID-19 cases in 100 care homes across the region have been confirmed, national broadcaster SVT reported.

There are around 16,000 people living in about 400 special housing facilities for the elderly in Stockholm County alone, bringing the total infection rate to 3.1 percent.

Staff, residents and relatives are worried about what will happen, as people in the highest risk group are no longer safe. So far, senior citizens in the 80-90 age bracket have accounted for the largest group of COVID-19 fatalities in Sweden.

The outbreak is not limited to Stockholm. According to Swedish Radio, at least 90 municipalities throughout the country have so far confirmed or suspected cases of COVID-19 in their retirement homes.

“The problem is that in many places you only have protective material for days or at worst hours ahead. This creates great concern among the staff, which can lead to great absenteeism if they dare not work,” Stefan Amér of the healthcare company Familjeläkarna ('Family Doctors') said.

“One resident said that he was terrified of getting coronavirus. He has high blood pressure, diabetes, asthma and allergies. He is really at risk. So I told him that we do what we can to minimise the risk,” nurse Maria Placonà told SVT.

According to Georg Engel, head of palliative care at one Stockholm nursing home, the end of life will look completely different in the coming months. In many cases, there will be no relatives to offer their final farewell.

The concerns were shared by Sweden's state epidemiologist.

“We are worried about the elderly group. The curve goes up again. It is very unfortunate,” state epidemiologist Anders Tegnell said.

Tegnell, who has repeatedly called for the elderly to be protected, admitted that the strategy hasn't worked.

“No, it obviously hasn't. That is exactly what we are trying to prevent in every way possible. It is possible that it cannot be prevented altogether. Now, the state is taking another step and forbids visits altogether, except in extremely exceptional cases, and these figures unfortunately argue that maybe that is exactly what we have to do,” Tegnell told Swedish Radio.

So far, Sweden has 5,466 registered COVID-19 cases and has seen 282 fatalities. As opposed to the rest of Europe, Sweden appears to have gone its own way in tackling the coronavirus epidemic, as only voluntary restrictions and no lockdowns have been imposed. With only a few restraints in place, such as a limit on gatherings of over 50 people, Sweden largely continues to run as usual, with schools and preschools still open.

The country's largely voluntary measures and laissez-faire approach has been largely attributed to the “Swedish model”, which builds on mutual trust between the state and the citizens.

Over 2,000 Swedish Researchers Call for Tougher Measures Against Coronavirus Epidemic