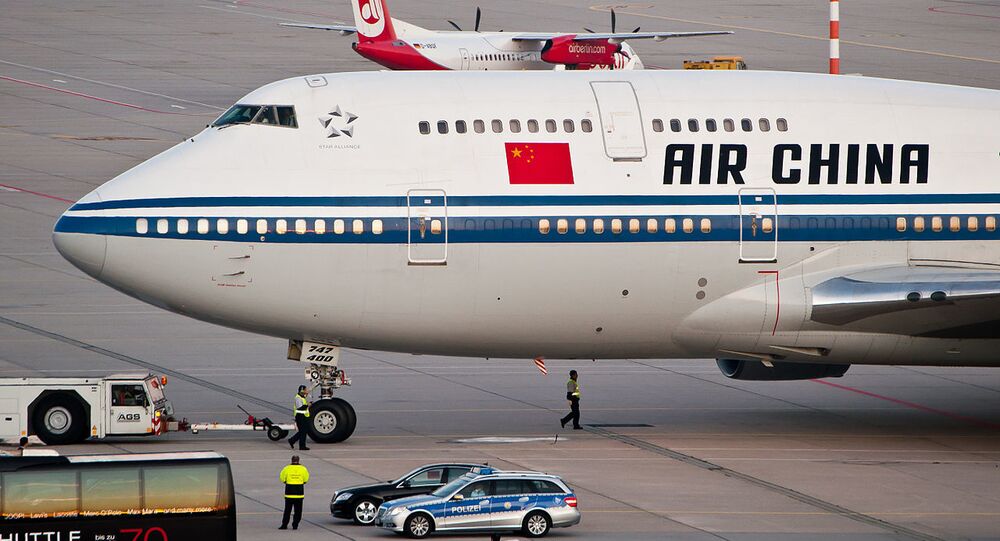 The first flight via the Air Sanitary Corridor was conducted on Monday. The second plane delivered to Spain, which is in dire need of protective equipment for hospitals, 30 tons of medical products. Another aircraft is to depart from China soon.

© REUTERS / ANDREW KELLY
US Navy Hospital Vessel Docks in New York City to Aid Residents Amid Coronavirus Crisis - Video
Due to an acute shortage of protective equipment, Spain has the largest number of infected medical staff in the world — more than 14 percent of the total number. As of Monday, 12,000 doctors were diagnosed with COVID-19. Doctors are forced to make protective suits out of garbage bags and waterproof diapers, as well as protective shields from transparent plastic.

Spain currently ranks second in Europe, after Italy, and third worldwide in terms of COVID-19 cases and fatalities. So far, it has confirmed over 94,400 cases, including 8,189 fatalities.