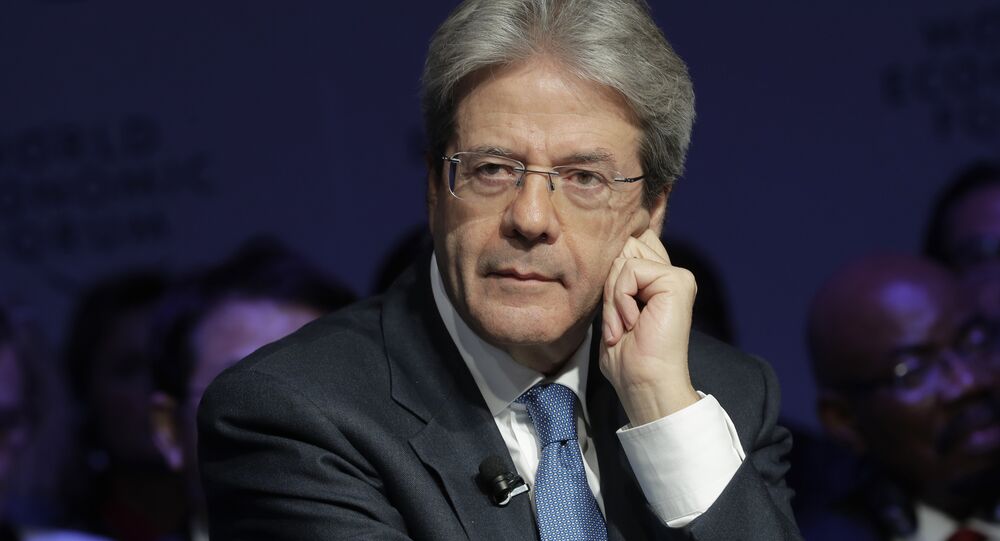 Europe has become an epicentre of the coronavirus crisis, which has taken a huge toll on the EU’s economy. The bloc’s southern states and French President Macron insist that there needs to be an increase in the budget or a mechanism to assume common debt, but Germany, Europe’s economic powerhouse, is opposed to the idea.

EU Economy Commissioner Paolo Gentiloni has warned that disagreements between member states over the bloc’s economic measures aimed at addressing the impact of the COVID-19 outbreak may doom the European project. "The European project is in danger of dying out. It is clear that if the economic differences between European countries, rather than shrinking in the face of a crisis like this, instead increase, it will be very difficult to keep the European project together", Gentiloni told Radio Capital.

The 65-year-old noted that it would be impossible for the bloc to reach a compromise without Germany.

The development comes after Berlin and other northern EU states rejected a proposal for a so-called "corona bonds scheme" tabled by nine countries, including Italy, Spain, and France. Under the proposal the European Union would create a joint borrowing system that would help countries cope with the damage caused by the coronavirus pandemic.

"The case for such a common instrument is strong, since we are all facing a symmetric external shock, for which no country bears responsibility, but whose negative consequences are endured by all. And we are collectively accountable for an effective and United European response", the leaders of nine countries wrote in a letter.

Germany and other north European states said no to the proposed system and instead recommended using the European Stability Mechanism (ESM), a bailout fund that was established following the 2008 economic crisis.

This proposal angered southern EU members, which associate the ESM with the austerity conditions that were previously imposed on debt-stricken countries such Greece and Portugal. According to CNN, Italian Prime Minister Giuseppe Conte and Spanish Prime Minister Pedor Sanchez reportedly were outraged by the lack of measures discussed by the bloc.

"If Europe does not rise to this unprecedented challenge, there is a danger that the European house loses its foundation before the eyes of our citizens", Giuseppe Conte told Il Sole 24 Ore newspaper.

Conte gave the EU a 10-day deadline to come up with a solution.

The ongoing rift between northern and southern EU members has also created division inside Germany. The country’ President Frank-Walter Steinmeier urged all members to join forces. "We must look beyond the next border fence. The virus has not nationality, and suffering does not stop at the borders", he said in a video posted on social media.

He was echoed by former Defence Minister Ursula von der Leyen, who is now holding the post of the head of the European Commission. She said that Italy, which has been hit the hardest by the coronavirus pandemic with almost 100,000 confirmed cases, is in crisis through no fault of its own, stressing that medium-sized businesses in the north of the country "need to be saved".

The head of the European Commission said that EU officials are currently working on policy measures that will be presented to leaders of member states in two weeks.