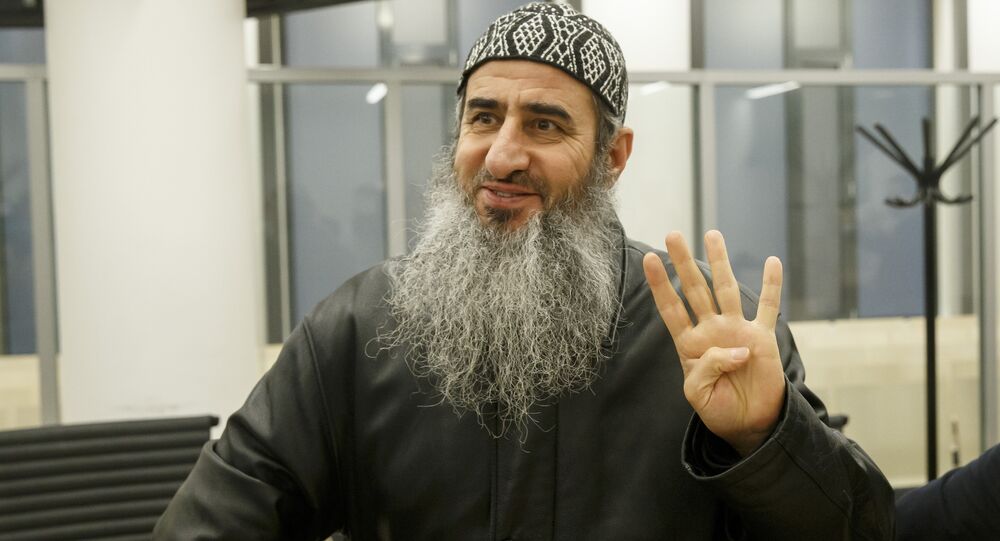 Mullah Krekar had previously made death threats against now-Prime Minister Erna Solberg and has been classified as a “threat to national security”, earning him a place in the UN list of terrorists.

After a long legal battle, Islamist cleric and convicted terrorist Mullah Krekar has been extradited to Italy, where he was sentenced last year to 12 years in prison for having planned terror attacks.

“Krekar is no longer in Norway,” Justice Minister Monica Mæland proclaimed to national broadcaster NRK, adding that Krekar had been “delivered to Italy”.

Mæland explained that the extradition, initially cleared by Norway’s Supreme Court, was recently green-lit by King Harald V after years of legal proceedings.

Krekar, an Islamist cleric whose real name is Najmuddin Faraj Ahmad, was declared a threat to national security in Norway more than 15 years ago, not least after uttering death threats to now-Prime Minister Erna Solberg, both in the early 2000s and three years prior to her becoming prime minister. The threat made against Solberg in 2010 was answered with demands that the cleric be jailed or deported, and many were outraged when he was allowed to stay in Norway.

Mullah Krekar first arrived in Norway as a refugee nearly 30 years ago and later brought his family as well. He breached the terms of his asylum by travelling back to Northern Iraq and leading a guerrilla group listed as a terrorist organisation by the US.

In April 2006, a Pakistani-Norwegian businessman offered Krekar 500,000 kroner to leave Norway, calling him a “pest for all Muslims in Norway”. Krekar rejected the offer.

The Islamic cleric has been in and out of court and prison for years, as Norwegian authorities maintained that Krekar has encouraged terrorist acts and regularly threatened other Norwegian residents and citizens. Krekar denied making threats, claiming instead that he simply expressed his interpretations of Islamic law.

While the authorities of Iraqi Kurdistan have repeatedly asked for Mullah Krekar to be extradited from Norway, Oslo has rejected this push, as it failed to obtain assurance that he wouldn't be executed upon arrival.

In celebration of having Krekar finally deported, Progress Party politicians Sylvi Listhaug and Jøran Kallmyr organised another kind of party in parliament, complete with a cake. It was decorated with a Norwegian and an Italian flag and included an ironic parting message for their old foe: “Good luck, Krekar!”

Former Justice Minister Jøran Kallmyr called Krekar “dangerous”, describing him as a coward who had exploited the Norwegian system.

Conservative politician Anniken Hauglie also hailed the extradition. “Finally! Mulla Krekar has been expelled from Norway for several years because he is a danger to the security of our country. Italy has asked to have him extradited, so today he was sent out of the country," Hauglie wrote on Facebook.

However, since the long-sought extradition finally occurred right in the middle of the corona crisis, which has hit Italy especially hard, the handling of the case also triggered criticism.

By contrast, Krekar’s longtime public defender Brynjar Meling called it a “shameful day for Norway”, stressing that he was sent out “in the dark of the night”. Meling argued that Krekar has been a victim of politics by various Norwegian governments and the US. Krekar's defender reacted strongly to “sending a 63-year-old with diabetes and high blood pressure to one of the countries most affected by the coronavirus epidemic”.

Krekar is also known for calling on Norwegian Muslims to vote for either of the left-of-the-centre parties, Labour, the Socialist Left or the Reds, explaining that Muslims had many strategies in common with the Norwegian left. Krekar was also claimed to have pledged allegiance to Daesh* and maintain links to them.

Daesh (ISIS/ISIL/“Islamic State”) is a terrorist organisation banned in Russia and other countries.