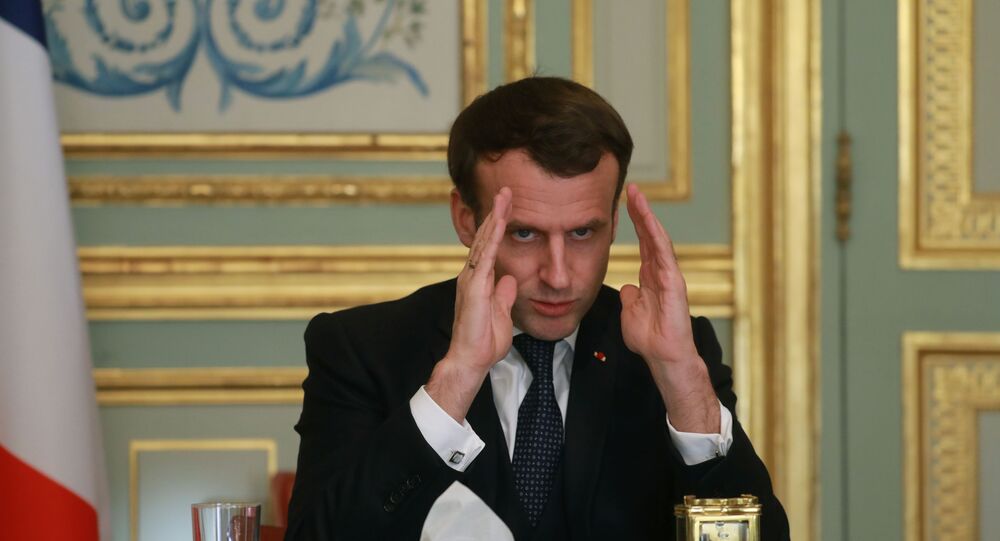 The statement comes as the novel coronavirus (COVID-19) pandemic, which has currently infected almost 465,900 worldwide, continues to increase in all parts of the globe, killing at least 21,000, according to the most recent data.

Speaking to the leaders of the 26 European Union states, French President Emmanuel Macron, during a Thursday video-conference on the ongoing coronavirus pandemic, warned that the bloc’s fundamental projects, including the no-border zone, could be imperiled if the nations fail to show solidarity during the crisis, according to Reuters.

“What’s at stake is the survival of the European project,” Macron told the leaders in the conference call, according to Reuters, citing a French diplomat. “The risk we are facing is the death of Schengen”.

Commenting on a phone call Macron had with US President Donald Trump, the French president noted that France and the US, along with other countries, were preparing "a new strong initiative" in response to the ongoing pandemic, without specifying details.

Very good discussion with @realDonaldTrump. In response to the COVID-19 crisis, we are preparing with other countries a new strong initiative in the coming days.

The EU is appears to be finding it difficult to develop a common approach to counteract the rapidly spreading threat posed by the deadly pandemic, prompting each country to handle the crisis in a different way. Many states have implemented restrictions and closed borders with other EU nations as a preventive measure to slow the spread of the virus.

"The European Union today is actually unable to cope with its main task — to ensure the functioning of a single market. The main duty of the EU is to ensure united economic space, free movement of labor, goods, services and capital. We have obvious problems today with at least three of these components," Estonian President Kersti Kaljulaid said on Tuesday.

On Wednesday, a draft statement of the European Council seen by Euractiv revealed that EU heads of state have called for the establishment of a Europe-wide crisis management centre in the light of the rapidly spreading COVID-19 pandemic.

On Thursday, 26 EU national leaders held a six-hour videoconference, during which they discussed the outbreak’s repercussions on the bloc’s economy as well as ordering a draft for a recovery plan.

As of Thursday, the European region had registered 29,771 new confirmed infections, to raise the total to 250,287 cases of the deadly coronavirus, along with an additional 1,964 deaths to bring the total to an estimated 13,950.