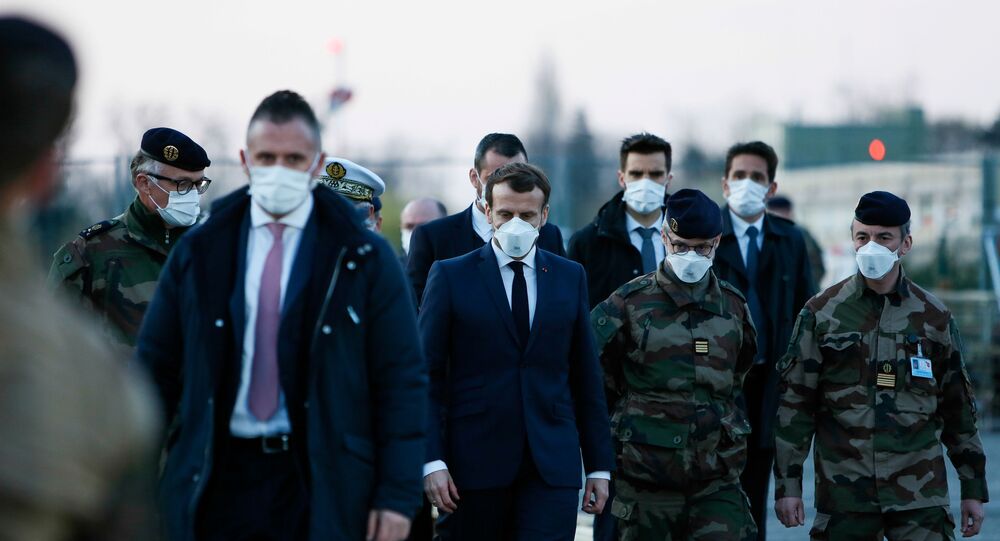 As the coronavirus pandemic sweeps France and the world, Paris has responded with a series of tough lockdown measures aimed at slowing the spread of the virus in the nation. Restrictions include having to carry a signed paper justifying being outside of one's home and restricting outdoor exercise to an hour a day and within a 1km radius.

French President Emmanuel Macron declared a "massive" investment package on Wednesday for hospitals and a mobilisation of the military to help slow the quickly-spreading coronavirus pandemic.

In what has been named Operation Resilience, Macron ordered a refocusing on missions of logistics, public health assistance, and the protection of the French mainland and overseas territories.

"At the suggestion of the defense minister and the head of the General Staff, I decided to launch Operation Resilience," Macron said during a visit to a military hospital in Mulhouse in eastern France.

Macrons used his trip to Mulhouse in eastern France to call for "unity" in the "war" against the COVID-19 coronavirus pandemic.

"We have only one goal, to be united against the virus," Macron said.

The French president announced that his administration will focus on helping and supporting populations "in mainland France and overseas" as well as funding public services to slow the spread of the pandemic.

According to Macron, the operation will be different from anti-terrorist operation Sentinelle, which started after the Paris attacks in 2015. The head of state also declared that the amphibious helicopter carrier 'Mistral' will be deployed "immediately" in the southern Indian Ocean to assist French overseas territories in the Antilles Guyana.

He announced an emergency injection of cash for French hospitals and the health care sector, a move doctors and nurses had been demanding  for over a year, long before the virus spread across the country, based on warnings that the sector was, under normal circumstances, already struggling.

Macron, in the wake of the ongoing pandemic, was visiting France's first newly-built military field hospital, constructed to relieve city hospitals, which have been among the hardest-hit during the crisis.

As of Wednesday, France had 25,233 confirmed cases of coronavirus and 1,331 reported deaths.