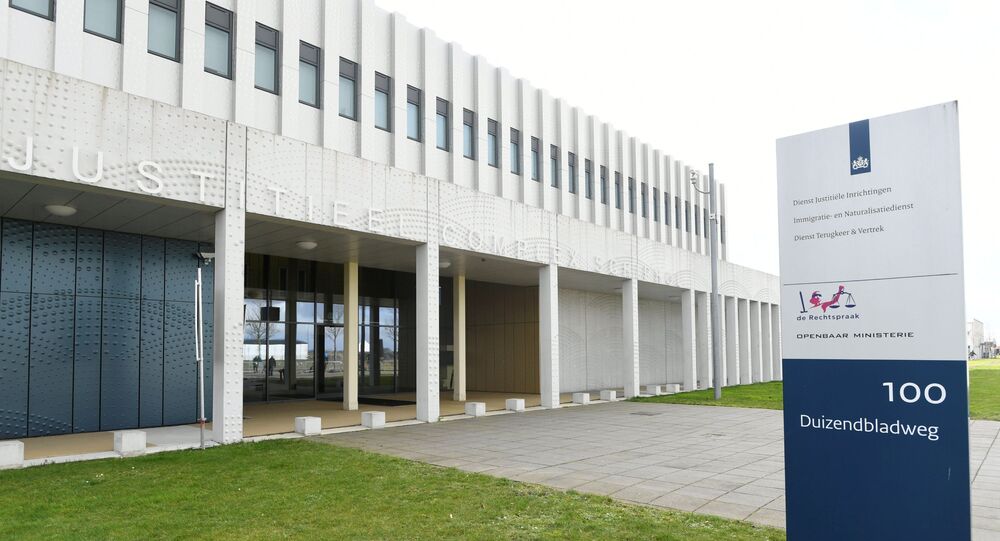 Court proceedings regarding the 2014 downing of Malaysia Airlines Flight 17 (MH17) have been suspended until June 8 following a brief Monday hearing that was limited due to COVID-19 novel coronavirus-related restrictions.

During a 45-minute Monday hearing, presiding Judge Hendrik Steenhuis announced that the court agreed with the assertion by lawyers of Russian national Oleg Pulatov that the defense should receive more time to prepare.

"The court suspends the examination of the Pulatov case until June 8, 10 a.m., and the defense will be able to speak at that time," Steenhuis said, as reported by Al Jazeera.

The Dutch judge clarified that this would mean the other three defendants facing various charges of murders - Russians Sergey Dubinsky and Igor Girkin and Ukrainian Leonid Kharchenko - would also have their trials delayed. Pulatov is the only suspect who has secured a defense team.

The Russian Foreign Ministry has argued that the investigation into the deaths of 298 people aboard the downed MH17 on July 17, 2014, has been “biased and one-sided” due to the fact that investigators have ignored relevant evidence offered by Russia.

According to the Associated Press, Steenhuis also granted prosecutors the ability to share a redacted version of the investigation dossier with the legal teams for family members of the 298 victims killed in the MH17 downing.

The trial website managed by the District Court of The Hague in the Netherlands notes that the defense will have to inform the court and prosecution prior to June 8 about whether they intend to raise preliminary objections or wish to present investigation requests.

Monday’s brief hearing was noticeably limited and closed to relatives, the public, press and other parties interested in the proceedings. It was, however, available for livestream on the court’s website. Those within the courtroom were seated in an adjusted format to comply with restrictions implemented to slow the spread of the novel coronavirus.

The decision to adjourn hearings until June 8 comes shortly after a representative for the court said that it is not required to provide translation of materials in the 36,000-page MH17 crash case file.

"Judging by my experience, related to availability and busyness of qualified staff, it will take one and a half years at least to translate all these documents," Elena Tais, the head of the Netherlands-based Russian translation agency RLTS, told Sputnik earlier this month.